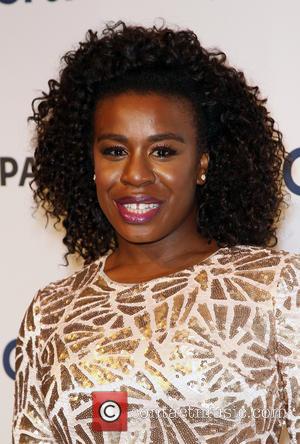 Reflecting upon her show's impressive nomination tally, actress Uzo Aduba shared a little of her excitement with ABC today. "Oh my goodness! I'm truly speechless. I'm without words!" Aduba said of her nominations. "I'm so humbled and thankful for.the show itself to be recognised. I feel like a princess or something."

She continued "I don't think we could have ever imagined the response to be as big as it has been. When we were working on it, we'd get the script and it would just feel so powerful. The words that Jenji [Kohan] and her fellow writers had put to page were just so incredibly beautiful and the characters were developed so well and were so multi-dimensional."

More: 'OITNB' cleans up at the TV Critics Awards.

"I'm just glad that people are loving it as much as we love making it," Uzo added. The conversation then moved on to her beginnings on the show and the fan trivia nugget that Crazy Eyes isn't the character she was originally gunning for. "The part I auditioned for was not crazy!" she said.

"I auditioned for Janae who is played brilliantly by Vicky Jeudy...and I got a call saying 'theyd like to offer you another part'...Crazy Eyes!" Pondering on the genre boundaries the dramedy straddles, Uzo said that she thought it was the show's category-defying characteristics that make it such a success.

"I feel that great comedians like Richard Pryor.always touch on something rather poignant," she said. "And similarly the best dramas I watch always have some levity to them, so I think that wonderful balance that Jenji [Kohna, the show's creator] has managed to occupy within the framework of our show allows us to toe the line" the actress added. Uzo Aduba Is Elated To Be Part Of The Hugely Successful 'Orange Is The New Black.'