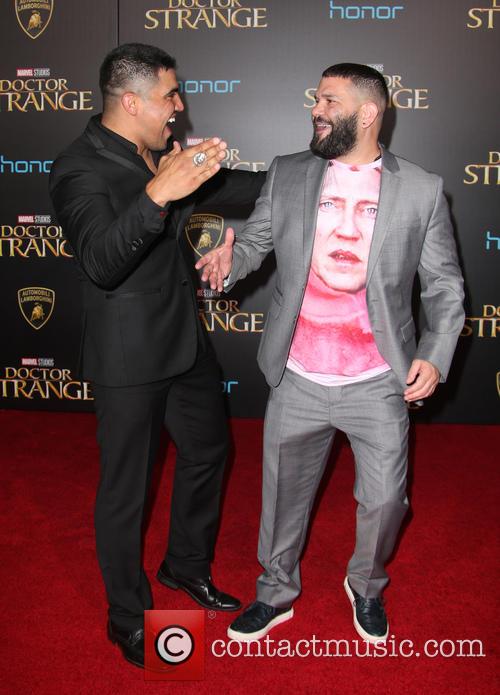 Dancing With The Stars Victor Ortiz

The boxer bowed out gracefully from the TV dancing contest

Not quite the sort of knock out he’s used to, Victor Ortiz bowed out gracefully from Dancing With The Stars last night (April 23, 2013) after finding himself in the bottom two with reality star Sean Lowe. “I had a blast. I made great friends, including you guys, you beautiful people,” he said, after the announcement came that he would be leaving.

“So at the end of the day it was a heck of an experience and hopefully these beautiful people will follow me to my next championship bout. I’m happy to get this far. I definitely need some dance moves.” Victor and his professional dance partner Lindsay Arnold scored the lowest number of points on Monday night’s show and now the pro boxer will be going home, to concentrate on a different kind of footwork – skipping around the ring, faced with a boxing opponent, rather than skipping around a dance floor with Lindsay. He tweeted a message of thanks to his fans, saying “Huge thanks to all the fans that supported @Dance9Lindsay & I this season! Such an amazing experience and we couldn’t have done it without u.”

Before the show (and Victor’s journey on it) ended, viewers were treated to performances from British pop star Olly Murs as well as the Black Eyed Peas star will.i.am, as everyone waited for the results.

Continue reading: A Different Kind Of Knock Out: Victor Ortiz Leaves Dancing With The Stars