Rapper Waka Flocka Flame Is Begging Bosses At His Record Label To Allow Him To Buy Out His Contract So He Can Release His New Album. 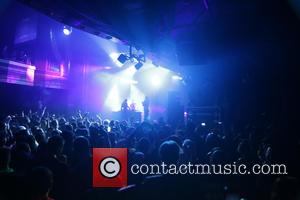 Picture: Shots of American rapper Waka Flocka Flame as he performs live on stage at the Webster Hall as part of his #iCanRoll Show in New...

The No Hands hitmaker's third studio album, Flockaveli 2, has been in the works since 2013, according to AllHipHop.com, and it was originally scheduled to debut in October, 2013, but the release date was pushed to June (15).

Now, the 28 year old is asking executives at Atlantic Records to release him from his contract so he take charge of the album and its release.

In a message on Twitter.com, he writes, "Sad that my label holding Flockaveli2 BACK...!!!!! LET ME BUYOUT MY CONTRACT ASAP AtlanticRecords."