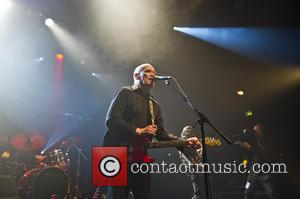 Wilko Johnson's agent has urged fans not to fall victim to unscrupulous ticket touts who have been pushing up prices for the former Dr. Feelgood star's final shows.

The 65-year-old musician has been diagnosed with terminal cancer and has confirmed his current U.K. tour will be his last.

Kerr says, "Anybody who buys a ticket above the actual, proper price wants their head tested (sic). I hope people don't buy them. It's particularly upsetting when we know these are going to be his last shows."

Johnson earned rave reviews for his Thursday night (07Mar13) show at London's Koko venue, where he was joined onstage by singer Alison Moyet for duets on two Dr. Feelgood songs.