Newly-engaged Former 3LW And Cheetah Girls Star Adrienne Bailon Returned To The Stage As A Singer For The First Time In Six Years On Tuesday (31mar15) As Part Of A Tribute To Slain Tejano Music Star Selena Quintanilla-perez. 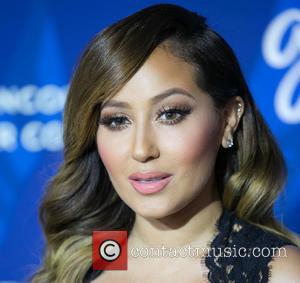 Bailon performed Selena's If I Could Fall in Love to mark the 20th anniversary of the 23 year old's death on her U.S. TV show The Real.

Slain Selena's sister Suzette, who was a guest on the show, praised Bailon for singing her late sibling's cross-over hit and also paid tribute to Jennifer Lopez, who portrayed Selena in a hit 1997 biopic.

Suzette said, "Props to everybody that was part of the making of the movie. Of course, Jennifer studied so hard to try to get it as perfect as possible. It is such a hard job to do, I think, to have to mimic somebody and to have to learn how to act and be that person."

Eva Longoria also took a moment to honour Selena on social media on Tuesday, writing, "20 yrs ago today the woman who paved the way for the rest of us passed away. She was a light that shines", while Mario Lopez and singer/DJ Solange Knowles also added tributes online.

Lawyers for the estate claim executives at UMG are not honouring a deal to hand over 50 per cent of profits from things like ringtones and downloads.

Selena was shot and killed by the president of her fan club on March 31, 1995.