Akon (born Aliuane Badara Thiam, 30.4.1973) - Akon is a Senegalese / American hip-hop songwriter / singer and producer. He rose to fame when his single `Locked Up' was released in 2004. He is the only artist to ever achieve the number one and number two spots simultaneously on the Billboard Hot 100.

Childhood: Born in Senegal, Akon was raised in a musical environment and learned to play several instruments. Aged seven, he moved to New Jersey, USA.

Akon allegedly spent time in jail and it is reportedly here that he developed an understanding of his musical abilities and an appreciation for his background. Upon his release, he immediately started to record his music and send out demo tapes. Most of his songs begin with the clanging of a jail cell and Akon saying the word `Convict.'

Musical Career: Akon's music is mix of West-African style vocals, along with both East Coast and Southern-style beats. His solo album was released in 2004. Trouble generated the singles `Locked Up,' `Lonely' and `Ghetto,' among others. `Locked Up' was allegedly inspired by a three-year jail term that he served for committing grand theft auto. The song reached the top 10 in the US and the top five in he UK.

The song `Ghetto' became a hit when it was remixed to include verses from 2Pac and The Notorious B.I.G.

Between 2006 and 2007, Akon had eleven songs in the Billboard Hot 100. His second album, Konvicted was released in November 2006. The album contained collaborations with Eminem and Snoop Dogg.

Akon achieved his first solo number one on the Billboard Hot 100 with the single `Don't Matter.'

Konvicted had sold more than a million records in the US in its first six weeks on sale. It stayed in the Billboard 200 album chart's Top 20 for 28 consecutive weeks.

In 2006, `Smack That' was nominated for Best Rap / Sung Collaboration at the Grammy Awards.

Personal Life: It is alleged that Akon has three wives. He is a Muslim, and polygamy is legal under Islamic law.

In 2007, Akon's criminal past scuppered his plans to tour in Australia, as he was refused a visa.

Akon's manager, Robert Montanez was shot to death in December 2005. The drive-by shooting happened in New Jersey. Akon was in the car and was shot in the shoulder but made a full recovery.

In 2006, Akon launched his own label, Kon Distribution, which is a part of Interscope Records.

Other collaborations that Akon has undertaken include an appearance on Gwen Stefani's album the Sweet Escape; working with Chamillionaire on his Mixtape Messiah 2 compilation and featuring on Bone Thugs-n-Harmony's Strength Loyalty album. In 2007, Akon recorded a new mix of Michael Jackson's `Wanna Be Startin' Somethin.' The new version of the song charted in the top 10 in most countries around the world.

Akon courted controversy in 2007 when he was filmed in a Trinidad & Tobago club, simulating sex with the 15-year old daughter of a local preacher. Later that year, at a concert in New York, he threw an audience member back offstage and into the crowd, after the young man had been identified as the person that had thrown an object onstage at him. Following a police enquiry, Akon claimed that the event had been staged.

There are claims that Akon's criminal past has been significantly over-exaggerated. He has apparently been convicted of a single felony (possession of a gun), for which he received three years' probation. He also spent several months in jail for stealing a single BMW. The prosecutors dropped all charges against him.

He's creating his own currency for his brand new African town.

In a bid to make a step towards a financially-secure future for Africa, award-winning singer Akon has announced that he is planning to build his very own city in Senegal with its own crypto-currency called AKoin. The project might sound ambitious and even a little far-fetched, but he thinks it's what the country needs.

With all the interest in Bitcoin, developments in crypto-currency is quickly becoming a part of the future, and Akon is weighing in on that popularity with his very own AKoin. Who will be using it? The population of his new 2,000 acre city built in his home nation of Senegal, where he spent most of his childhood after being born in Missouri.

Drake shows Big Shaq ''a lot of love'' over social media and the 'Man's Not Hot' singer has admitted Akon has also approached him.

The 26-year-old rapper - whose full name is Michael Dapaah - has admitted the 'Hotline Bling' hitmaker is a huge supporter of him and often messages the artist over social media.

Speaking to The Daily Star newspaper, the 'Balance' vocalist said: ''Drake has been following me for a while, he shows a lot of lobe and we speak via DM all the time.'' By Elinor Cosgrave in Lifestyle / Showbiz on 19 December 2014 Continue reading: Instagram's Own Account Worst Hit By 'Insta Rapture', But Which Celebrity Accounts Have Lost The Most Followers? 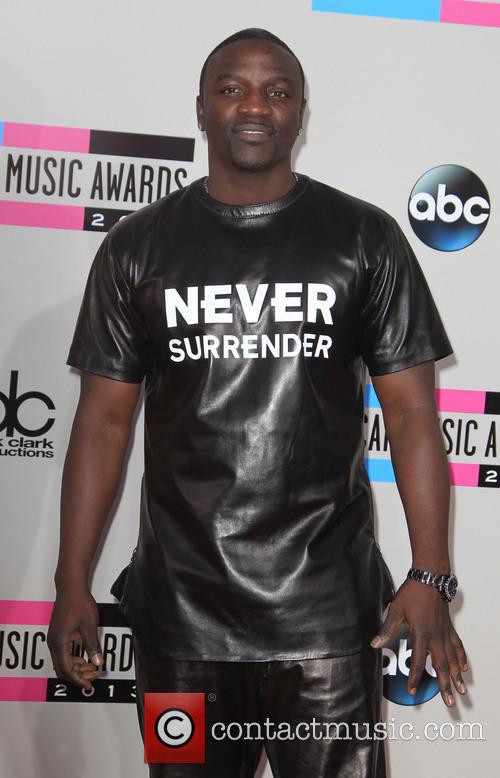 Rihanna hit stop four on her 777 world tour, where the singer hits seven cities across the globe in seven different countries in, yeah you guessed it, seven days, when she hit up Paris last night.

The Parisians in attendance were in for quite a treat when RiRi hit the stage at Le Trianon, and those at the after party were in for an even bigger treat as the Barbadian beauty partied the night away with some famous faces and a few fans too. With P Diddy (who she casually bumped into at the airport - as you do), Akon and Pharrell Williams in attendance, Rihanna outshone the party she threw on day 3 in Stockholm, the party where she gave out shots of tequila for her waiting fans, by quite some way.

The 'Diamonds' singer is practically running on empty, flying between countries with as much emphasis on partying as hard as can be as she has on actually performing. Still, when she stopped off at the shops of Paris before her performance she wasn't buying Pro-Plus, but instead she went shopping for some sexy lingerie! You have to think what goes through that sleep-depraved girl's mind sometimes. 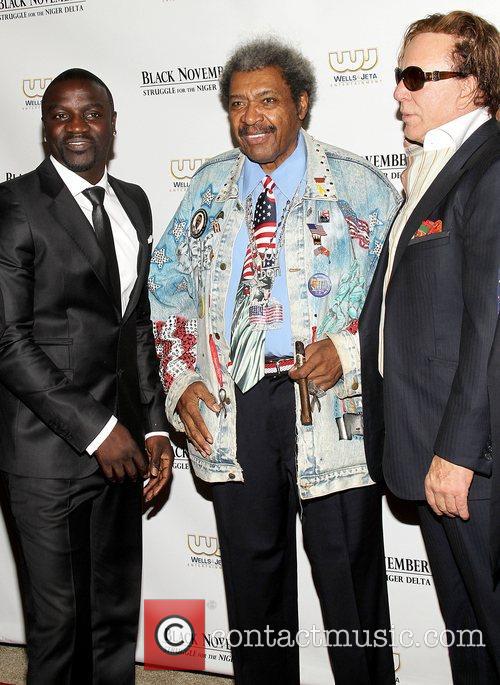 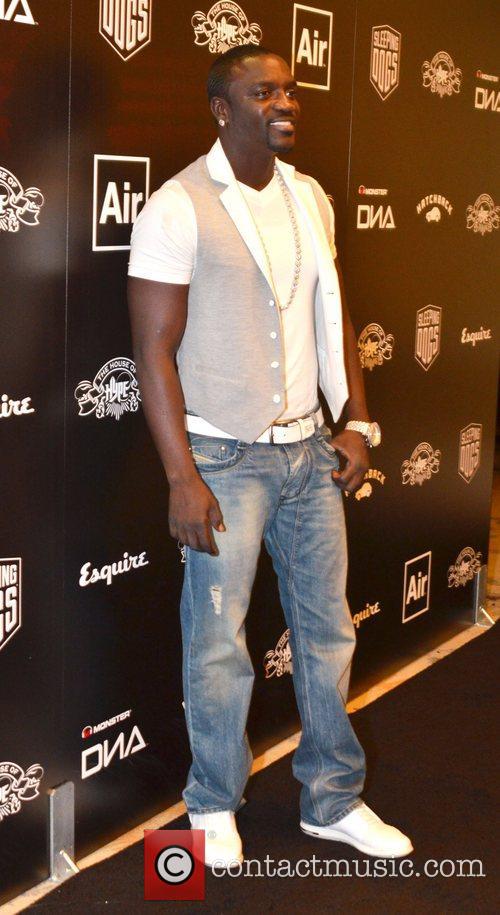 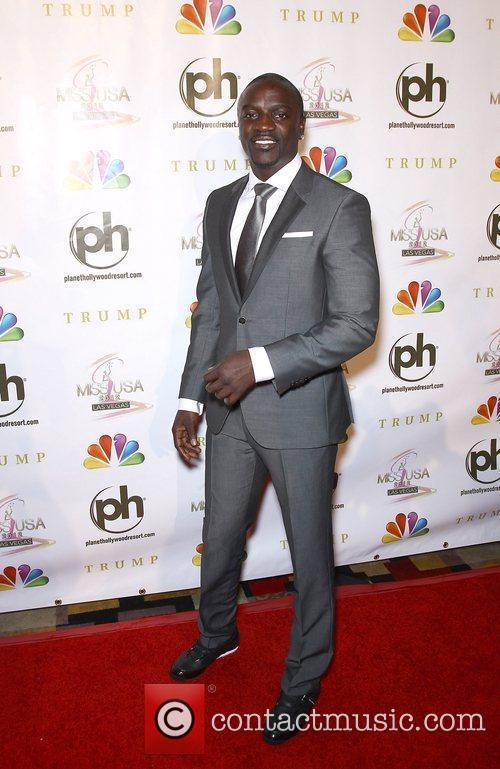 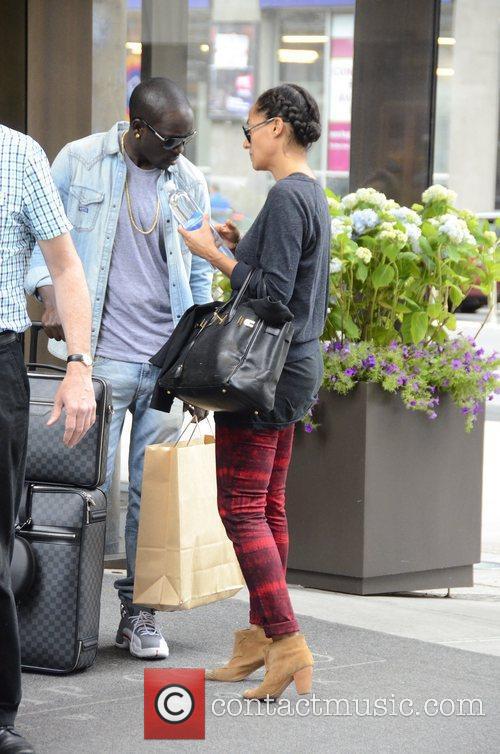