Amy Lee has opened up about how "healing" it was working on Evanescence's album 'The Bitter Truth'. 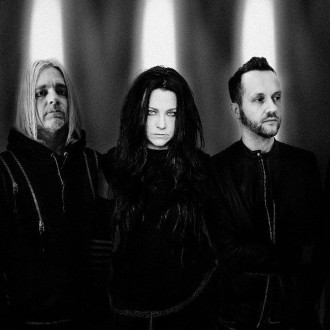 Amy Lee would have "gone insane" without having Evanescence's album to create this past year.

The 'Bring Me To Life' hitmaker has admitted their latest LP 'The Bitter Truth' was a "healing" process for her after her younger brother passed away at the age of 24 following a battle with epilepsy, and amid the craziness of the world with the US presidential election and the COVID-19 pandemic.

And while it was "hard" for the 39-year-old singer to "go to those places" with the songs, it was also relieving.

Speaking to BANG Showbiz and other media, she said: "I'm not always that person, you know, going to the most difficult and deepest and darkest places in my heart all the time.

"And it takes knowing that that's what it's going to be and being ready for it and hungry for it to happen.

"So much has happened, there's been so much to say. And we were already on that path when the world turned absolutely upside down.

"It was hard to go to some of those places, but it was healing for me, I don't know what I would have done, I think I would have gone insane last year if we didn't have this album to make."

The 'Wasted on You' singer has learned over the years that Evanescence's music is "bigger" than the band itself, and she is glad she's been able to be there for her fans by giving them music that can help them with what they are going through in their own lives and make them "feel good".

She continued: "And I've learned again and again in my life, the lesson that you know, it's not what happens to you, it's what you do with that. It's how you take what you've been given and what you turn it into.

"And I am not always waking up, motivated, ready to take on the world. But you know, when you can overcome whatever it is, and take the experience that's happened to you and turn it into something good, and turn into something that could actually potentially feel good to someone else, there is life in that there's healing in that.

"And I have just found over the course of my career and my journey with this band, that our music is a very special place, not just for us, but for other people, people that I don't personally know.

"And those stories and those experiences and those parts of people's lives that our music has been there for them ... that's all just become part of this bigger story that I feel like I'm a part of.

'The Bitter Truth' is out now.