By Andy Peterson in Music Reviews on 04 February 2015

As we've said before, the lingua franca of pop music around the world is in its conformity, that  chameleon like ability to adapt, blend in, emulsify into something that can be easily digested anywhere by the majority of the population. Then there's everything else. Then there's Ariel Pink. 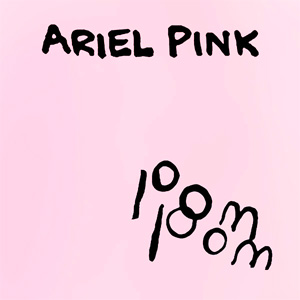 A native of Los Angeles, Ariel Rosenberg has been, to put it mildly, at the margins since first appearing twelve years ago with his début releases 'House Arrest' & 'Lover Boy'. 'Pom Pom' is approximately his eleventh album (it's hard to make an accurate count) but the headline news this time is that it comes along together with some newly acquired baggage. All publicity, someone once said, is good publicity, but whoever spun that probably wasn't including being accused of misogyny by your 4AD label mate Grimes, or having the lack of self awareness to praise the Christian fundamentalist loonies of the Westboro Baptist Church. Not that either of these are particularly forgiveable, but there have also been other b****cks dropped, bringing wider attention to an artist who previously has carried on in his own potty way, largely unmolested by notoriety, paps or any meaningful record sales.

If he's feeling under any particular duress because of all this, 'Pom Pom' doesn't reveal it. Flipping between a number of different poses, Pink instead goes for being vaguely provocative rather than compounding any of his rapidly assigned stereotypes. Maybe each of these guises is an alternative identity: maybe he doesn't care. Either way, it's hard to listen to the bonkers surf rock of 'Nude Beach A Go-Go', or 'Jell-o''s straitjacket non-sequiturs such as "Mom and dad are normal/ Everyone eats white bread/ That's why they're all dead" and not feel a little bit like you're being experimented on. This suspicion is brought into sharper focus on 'Dinosaur Carebears'; a track in two parts which  is initially a nightmarish scramble of white noise - interspersed with cartoon parps - and then segues without explanation into cod-reggae. Okay then.

Ariel Pink finally goes solo with his upcoming album release 'Pom Pom'; his first venture away from the band Ariel Pink's Haunted Graffiti and filled with the same amount of leftfield pop and musical adventure. In just over an hour, LA artist Ariel Pink - AKA Ariel Marcus Rosenberg - brings us more of his unique brand of avant-garde psychedelic pop with his very first solo release 'Pom Pom'. He recently unveiled a taster for what's to come in the form of his new song 'Put Your Number In My Phone'; an upbeat yet still chilled-out tune with probably one of the most infectious choruses you'll hear for a while.

By Jordan Dowling in Music Reviews on 15 June 2010

The term 'triumph over adversity' is hideously over-used, from sketch-scripted sports movies to motivational speeches, but there is an eternal truth that success is much sweeter after frustration and strife. Ariel Pink's latest jaunt to Nottingham was a tale of both. 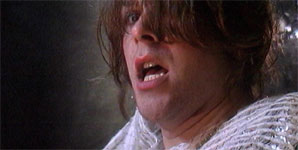 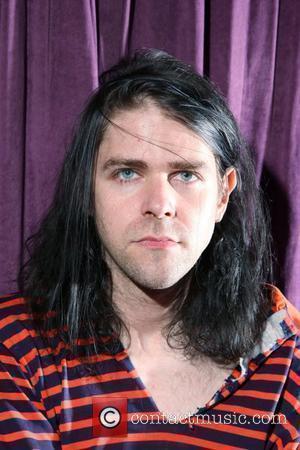