As summer edges itself into our periphery, as does the annual build-up of festival season. Entering its 16th year, Primavera Sound has grown vastly from its humble origins in 2001.

Situated in Barcelona at Parc del Forum by the seaside, it's garnered international acclaim for obtaining some of the most diverse line-ups in the circuit, accommodating for some of the most iconic and internationally known artists as well as celebrating independent and underground music. It provides an inter-generational space for music lovers and festival-goers the world over.

The main festival this year is spread out over four days, beginning on the 1st of June and ending on the 5th. Throughout that time-frame well over 200 artists will perform at one of the most sought after festivals of the summer, which has now completely sold out. Spread out over nine stages (including a Hidden Stage), Primavera Sound will be bringing once again an eclectic line-up to the sunny shores of Barcelona.

Primavera Sound has become one of the most rapidly successful European festivals in recent history.

Since beginning in 2001 with an audience capacity of 8,000, it has grown exponentially to 190,000 for the 2016 outing. With that expansion comes some exciting additions to what the organisers have put in place for this years festival-goers.

This year they have collaborated with a newly opened club, Beach Hut, to showcase 42 sets between the 2nd and the 4th of June alongside the festival. Opening at midday each day in the festival grounds, and supplying a wonderfully eclectic mix of electronic artists for 18 hours per day, this newly formed club and its endurance run of DJ Sets and live electronic bands alike exclusively for those with full weekend tickets for the festival. It will have a capacity of 5,000 people.

Organised by the well-established Bowers & Wilkins Sound System and back by Barcadi, it will not only expand on the already impressive line-up which alone made Primavera Sound a sold out event this year, but also extend the duration of the festival. The main site every year since its conception has been open from 4pm onwards, however with this new stage festival-goers will be able to enter this new arena from midday.

By Holly Williams in Music / Festivals on 21 January 2016

This year aims to bring every sound possible to your ears.

The 2016 line-up for Primavera Sound in Barcelona has finally been announced, with the likes of Radiohead, Suede and Brian Wilson heading up the event this summer. It's the sixteenth edition of the festival, and is bringing a broader range of musical talent than ever before.

Radiohead will be bringing a taste of their yet to be released upcoming album to not only Primavera, but also a string of shows later in the year in their first tour since 2012. They'll be joined by LCD Soundsystem making their big comeback with James Murphy, Brian Wilson performing the whole of 'Pet Sounds' and, of course, Suede who will be performing not one but two shows no doubt showcasing their latest album 'Night Thoughts', which is due to be released tomorrow (January 22nd 2016).

Continue reading: Head To Europe This Year For The Best Summer Festival Experiences! 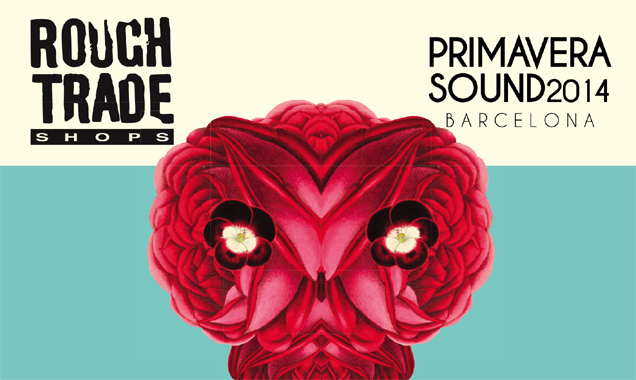 Heralded as the highpoint of Europe's busy festival season and rightly so, the 2012 edition of Primavera Sound is almost upon us once more. Now in its twelfth year, Primavera Sound have been running a series of fringe events in and around the city of Barcelona throughout the month of May before the main festival itself kicks off on Wednesday 30th May at the Apolo venue.