Childhood: Beck was born in Los Angeles, California. His father was David Campbell, a musician and his mother was Bibeb Hansen, a visual artist.

In the 1980s, Beck quit high school and travelled to Europe, where he developed his musical talent by working as a busker. He returned to the US in the late 80's, and became involved in New York's anti-folk movement.

Early Career: Beck released the Banjo Story cassette in 1988, which has subsequently been released as a bootleg. At the end of the decade, he returned to L.A., playing everywhere from coffee shops to punk clubs, as well as busking on the streets. He sometimes busked with Chris Ballew, of the band The Presidents of the United States of America.

Tom Rothrock and Rob Schnapf, of Bong Load Records, signed Beck to their label. The song 'Loser', which was a collaboration with the hip-hop producer Carl Stephenson, became a success after it was played on Santa Monica College Radio, KCRW. A record label bidding war ensued and Beck signed to Geffen, who offered him the least money, but the greatest amount of freedom.

The Breakthrough: Beck's debut full-length studio album, Mellow Gold was released in 1994. Around the same time, he also released Stereopathetic Soulmanure on Flipside Records as well as One Foot in the Grave, on Calvin Johnson's K Records. This was followed by a worldwide tour and a main stage slot at 1995's Lollapalooza.

Beck initially called on Schnapf and Rothrock to produce the follow up to Mellow Gold but eventually the recordings were shelved. Instead, he enlisted the Dust Brothers, who had produced Paul's Boutique by the Beastie Boys. Odelay was both a critical and commercial success. The album launched the singles 'Where It's At', 'Devil's Haircut' and 'The New Pollution'.

The follow up to Odelay, Mutations, was released amid complex legal wranglings, which remain unsolved to this day. The album was originally intended for release by Bong Load Records but Geffen intervened and released the album against his wishes. In 1999, Beck won the Grammy Award for Best Alternative Music Performance for Mutations.

Mutations was then followed by Midnite Vultures. The album was accompanied by a world tour, which included an elaborate set as well as a brass section to augment his existing live band.

Beck went on to contribute a number of tracks to film soundtracks, including 'Deadweight' for A Life Less Ordinary, a cover of 'Diamond Dogs' (by David Bowie) for Moulin Rouge! and a cover of 'Everybody's Got To Learn Sometime' (by The Korgis) for Eternal Sunshine of The Spotless Mind.

2002's Sea Change became Beck's first Top 10 album in the United States. The album featured his father's string arrangements and with Nigel Godrich on board again, the production sound was reminiscent of that on Mutations. Following the release of the album, he embarked on a tour that saw The Flaming Lips appearing both as his opening act and his backing band.

Guero, released in 2004, brought the Dust Brothers back into the production seat. The album also featured a collaboration with Jack White of The White Stripes.

In 2006, Beck began using a live feed video during his live shows. The videos featured puppets of him and his band, performing the songs simultaneously with the live show.

Beck seventh studio album was The Information, released in 2006. The album featured the singles 'Cellphone's Dead' and 'Nausea'. This was followed by a non-album single, 'Timebomb', which was released via iTunes in August 2007.

In early 2008, it was revealed that Beck had been working with the respected producer Danger Mouse on a new album entitled Modern Guilt and that the singer Cat Power had contributed vocals to the album. The album was released in July 2008.

Personal Affairs: In 2004, Beck married Marissa Ribisi, an actress. They have one son, Cosimo Henri and a daughter, Tuesday. Both Beck and Marissa are Scientologists.

Album Of The Week: Beck's 'Morning Phase' Feels Like It Was Only Yesterday

It might not be the nostalgia fest that our usual Album of the Week features are, but you may still be surprised to learn that it's been a whole six years since Beck dropped his phenomenal ninth album Morning Phase through Capitol Records. Of course, it still feels like it was a matter of months ago... Morning Phase came after a period of stagnation for Beck, who admitted he struggled in the years following Modern Guilt. And it's no surprise either; the recording of Modern Guilt was plagued by severe pain from a spinal injury. By the time he was healed and Morning Phase came around, it must have felt like an extraordinary relief to be able to put his all into his work again.

Continue reading: Album Of The Week: Beck's 'Morning Phase' Feels Like It Was Only Yesterday

Dave Grohl And Beck Reunite For An Epic Fundraiser Performance

The pair hit the stage for Aftab Pureval's event.

Another exceptional collaboration for Dave Grohl over the weekend which saw him team up with Beck for a performance of the latter's 1996 single 'Where It's At' at a political fundraising event in Silver Lake, California. It comes just weeks after he performed Nirvana's 'In Bloom' for the second time ever on drums.

The Foo Fighters star took to the drums at the Swing Left fundraiser on Saturday (September 29th); a private backyard event for democratic congress candidate Aftab Pureval with Beck alongside synthpop duo Bird & The Bee who are Greg Kurstin and Inara George.

Beck wishes he'd had ''more fun'' when Kanye West invaded the stage in protest at his 2015 Grammy Awards win.

Beck wishes he'd had ''more fun'' when Kanye West invaded the stage in protest at his 2015 Grammy Awards win.

The 'Sex Laws' singer was an unexpected winner of the Best Album accolade when his record 'Morning Phase' beat out the likes of Sam Smith, Pharrell Williams and Beyonce and the 'Famous' rapper - who infamously stormed the stage when Taylor Swift beat the 'Formation' singer to Best Female Video at the MTV VMAs in 2009 - interrupted his acceptance of the statuette from Prince to object.

Though Beck didn't really register what was happening at the time, he wishes things had played out differently.

Beck says Kanye West has admitted he likes his record 'Morning Phase', despite interrupting his big moment at the Grammy Awards in 2015.

The 'Loser' singer was accepting the prize for Best Album when the superstar rapper stormed the stage and told him he should ''respect artistry'' by handing the trophy over to Beyonce after the release of her innovative project 'Lemonade'.

Now, Beck has revealed he had dinner with Taylor Swift - who was also interrupted by Kanye during an acceptance speech at the MTV Video Music Awards in 2009 - and she told him that the 'Famous' rapper actually liked his music.

He also drops the video for his song 'Dear Life'.

Beck is set to launch his hugely anticipated tenth official studio album 'Colors' this Fall, and with all pre-orders comes an instant download of his lively new anthem 'Dear Life'. He teamed up with Greg Kursten on production, and it's certainly set to be one of the most exciting releases of the year. Beck to launch 'Colors' in October

The 47-year-old singer has been teasing the new release as far back as 2015, when it dropped the first single 'Dreams'. 'Wow' came next in 2016, and 'Dear Life' is the very latest; a Beatles-esque number with hints of psychedelia that you'll definitely have on repeat. 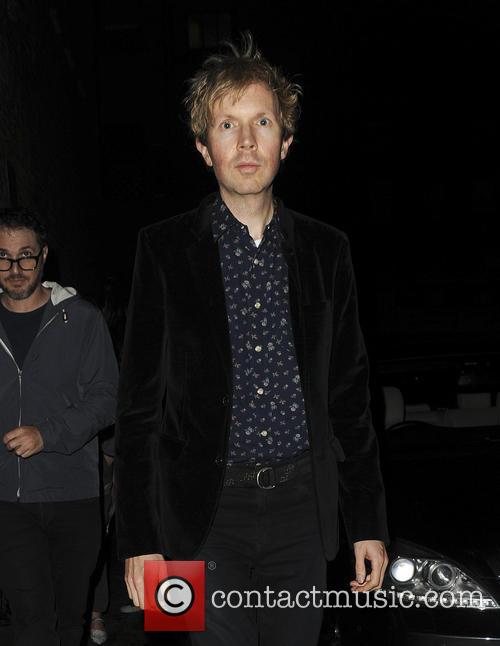 By Elinor Cosgrave in Lifestyle / Showbiz on 03 September 2015

Kanye West’s speeches never fail to amuse and terrify in equal measure. Here’s our list of his top five most outrageous speeches and public announcements…

In case you missed it, earlier this week, Kanye West announced he plans to run for President of the United States in 2020. This isn’t the first time West has shocked audiences with his outlandish claims so, in celebration of West’s oratory, we’ve compiled a short list of his most wonderfully bizarre speeches to date. Kim Kardashian and Kanye West at the VMAs in Los Angeles on 30th August.

Continue reading: Kanye West’s VMA 2015 Speech & Four Other Of His Most Bizarre Speeches 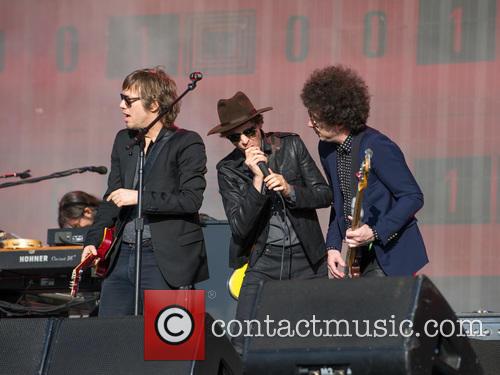 The song drops just months after his Grammy win this year.

There's always an air of mystery about Beck and that's what we love about him. Now he's surprised us once again with an infectious summer anthem entitled 'Dreams' as he continues to spread joy across Europe during this year's festival season. Earlier this year he landed two Grammys for his 2014 album 'Morning Phase', so it's safe to say we were not expecting any new material so soon. But it seems we might be looking at a new album in the near future, as this LA rocker brings us our first taste of his latest studio progression: 'Dreams'.

Continue reading: Beck Wakes Us Up With His Vibrant New Single 'Dreams' [Listen]

Despite having a pretty incredible music career to his name already, Fun's singer, Nate Ruess, discusses his amazing time working with Beck on his début solo album.

With Nate Ruess releasing his debut solo album, he spoke to us at contactmusic.com about working with Beck - one of his favourite musicians. According to Ruess, his love for Beck stems from the artist's continuing ability to release new and interesting music, as well as his ability to shapeshift musically, and take on various different styles and genres at will.

When Ruess originally reached out to Beck to work on his album, he had already an idea for the song - and it was supposed to sound like Beck's 'Midnight Vultures' album. While he was a fan of both the albums 'Sea Change' and 'Modern Guilt', Ruess didn't want to make Beck record more music like that because he "didn't want to give him more of that, because he'd just been touring with that for a whole year". After continuing to work on the song for a bit, he soon discovered that it "wasn't like 'Midnight Vultures', unfortunately, but it was what it was, and I'm quite proud of that." 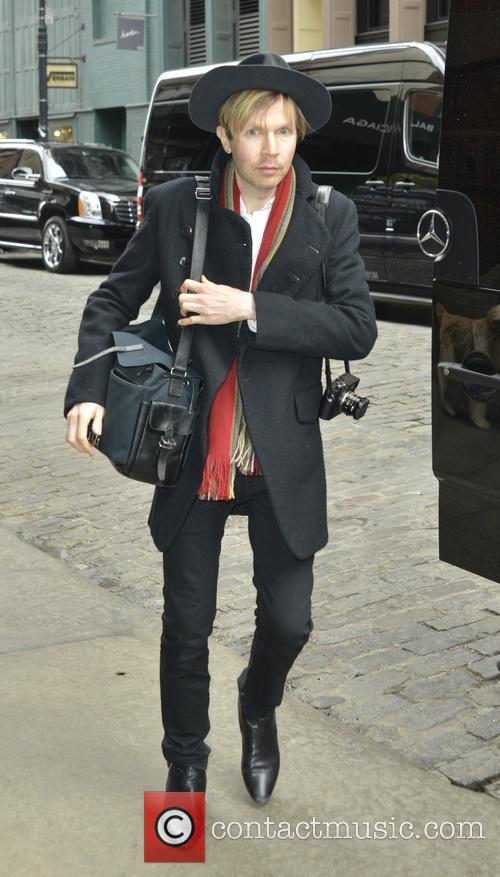 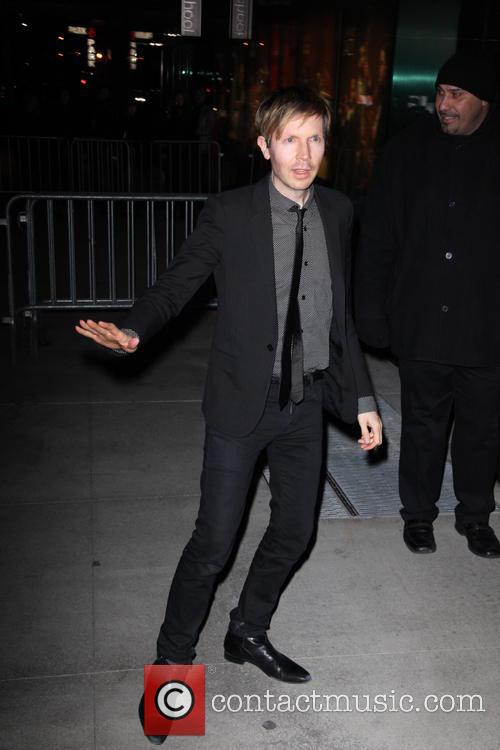 Why Did Coachella Shut Down Beck's Performance?