Barry Gibb (born 1.09.1946)
Barry Gibb is an English singer best known for being part of the Bee Gees.

Childhood: Barry Gibb was born in Isle of Man and was brought up in Manchester. His parents were musicians Barbara and Hugh Gibb. He has a sister and three brothers; two of whom, Robin Gibb and Maurice Gibb, joined him in the Bee Gees. He was badly burned by a pot of tea when he was nearly two and, thought scarred, remembers nothing about the incident. He attended Braddan school, Tynwald Street Infants School and Desmesne Road Boys School as a child.

Musical career: Barry Gibb first formed a skiffle band called The Rattlesnakes with Robin, Maurice Paul Frost and Kenny Horrocks. However, when the brothers moved away from Manchester, they changed the name to Johnny Hayes and the Blue Cats. They formed the Bee Gees when they moved to Australia when Barry was 12. In 1967, the Gibbs returned to England and became superstars with the release of their third album 'Bee Gees 1st'. That year Barry and Robin wrote the song 'To Love Somebody' for Otis Redding, but he died before he could record it. The following year, Barry sang lead vocals on their single 'First of May', after which Robin left. In 1969, Barry sang almost all of the songs on their subsequent album 'Cucumber Castle'. He also co-wrote Samantha Sang's first single 'The Love of a Woman'. The band split that year, after which Barry embarked on a solo career. His first solo album was 'The Kid's No Good' in 1970 though it was unreleased. By 1973, the Bee Gees were reunited and released the album 'Life in a Tin Can'; Barry sang the lead single 'Saw a New Morning'. In 1976, Barry wrote his brother Andy Gibb's first US number 1 single 'I Just Want to Be Your Everything'. 1977, saw him perform the lead vocals on the number 1 tracks 'How Deep Is Your Love', 'Stayin' Alive' and 'Night Fever'. That year, he also co-wrote songs for Samantha Sang and the group Network and he and his brothers recorded music for the movie 'Sgt. Pepper's Lonely Hearts Club Band'. In 1978, he wrote a song for the stage musical 'Grease' which was subsequently sung by Frankie Valli. He also collaborated with Teri DeSario on 'Ain't Nothing Gonna Keep Me From You'. The Bee Gees' 1979 album 'Spirits Having Flown' became a number one hit with many of the songs, not unusually, being sung mainly by Barry. Later that year, he began collaborating with Barbra Streisand and produced her album 'Guilty' in 1980. He and Streisand dueted on the tracks 'Guilty' and 'What Kind of Fool'. Also in 1980, he recorded tracks for Wilbert Harrison and The Beatles. In 1982, he produced Dionne Warwick's album 'Heartbreaker' and Kenny Rogers' 'Eyes That See in the Dark' the following year - during which time he and the Bee Gees also wrote music for the film 'Stayin' Alive'. In 1983, he signed to MCA Records but only released one album entitled 'Now Voyager' for which the subsequent singles failed to make much of an impact. In 1985, he produced Diana Ross' album 'Eaten Alive' before writing his third album 'Moonlight Madness' the following year - though it was not released. In 1988, he sang nearly all the songs in the movie 'Hawks' except Diana Ross' 'Chain Reaction'. In 1990, the Bee Gees released album 'High Civilization'. In 1993, he played guitar on Lulu's track 'Let Me Wake Up in Your Arms'. He also co-wrote Tina Turner's 'I Will Be There'. In 2003, Maurice passed away and Robin and Barry were awarded with CBEs the following year, with Maurice's son Adam collecting his father's posthumous title. In 2007, he was a mentor on 'American Idol' and provided the theme song to the talent show 'Grease Is The Word'. In 2009, he and Olivia Newton-John presented the final performance at live concert in Sydney for Sound Relief. That year he was also made a Freeman of the Borough of Douglas in Isle of Man alongside his brothers. In 2011, he released the songs 'Grey Ghost' and 'Daddy's Little Girl'. In 2012, he performed at the Hard Rock Cafe; his first solo concert in the US. Later that year, Robin died and Barry became the only surviving Gibb brother.

Personal life: Barry Gibb married Maureen Bates in 1966, but they were soon divorced in 1970. The same year as his divorce, he married Linda Gray with whom he has five children; Stephen, Ashley, Travis, Michael and Alexandr. In 2006, he bought Johnny Cash's old home in Hendersonville, Tennessee, but it burnt down while they were renovating it.

The Bee Gees are set to have a stage musical based on their music, and surviving member Barry Gibb will executive produce.

The Bee Gees are set to have a stage musical based on their music.

Universal Pictures have announced their theatre division has come to an agreement with surviving member Barry Gibb, as well as the estate of the late Robin Gibb, and Yvonne Gibb - the widow of the late Maurice Gibb - to develop a musical based on the life story of the three brothers.

The musical will feature the band's iconic music, and will be executive produced by Barry, 71, who claimed the musical was a ''wonderful opportunity'' for his family.

Glastonbury Festival confirmed an additional 83 acts on top of the three already-announced headliners on Thursday.

Glastonbury Festival has announced the first tranche of artists to be playing at Worthy Farm this year, confirming 83 acts in addition to the three main headliners of Ed Sheeran, Radiohead and Foo Fighters.

Among the dozens of confirmed acts announced on Thursday (March 30th) are some surprisingly massive names, not least in the shape of pop royalty Katy Perry and Scottish rock titans Biffy Clyro who could expect to headline virtually any other festival in the world.

A large number of music veterans and heroes of yesteryear are also scheduled to make appearances. Former Bee Gee Barry Gibb is set to take the traditional Sunday afternoon ‘legend’ slot, filled by Madness, Lionel Richie and Dolly Parton in the previous three editions of Glastonbury.

By Stephanie Chase in Music / Festivals on 14 October 2016

The band say it’s “especially gratifying” to top the UK chart over two decades since their debut album.

Green Day are at the top of this week’s UK album chart with their twelfth studio album Revolution Radio.

It’s the third time the band have hit the top spot in the UK and it comes 22 years since they first broke through with their debut album Dookie. Green Day are this week’s UK number one

Barry Gibb felt it was time to ''get off his backside'' and write music again after losing his three brothers Andy, Maurice and Robin.

Barry Gibb felt it was time to ''get off his backside'' and write music again.

The 70-year-old musician - who is the remaining member of the pop group Bee Gees - has endured the death of his youngest brother Andy in 1988, followed by his twin sibling Maurice and Robin who died in 2003 and 2012, and Barry wasn't sure after losing his family members he could embark on a solo career.

Speaking to The Sun newspaper about a comeback, he said: ''I didn't really retire. I kept talking about it and thinking it was all over.

Continue reading: Barry Gibb Felt It Was Time To 'get Off His Backside' And Write Music Again 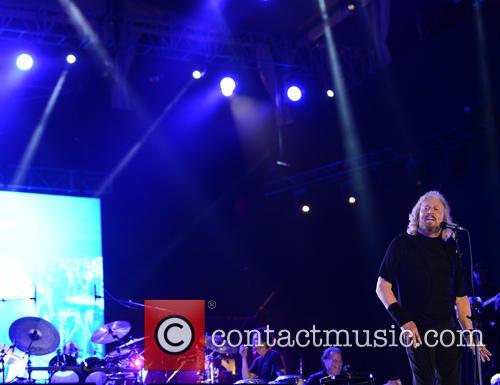 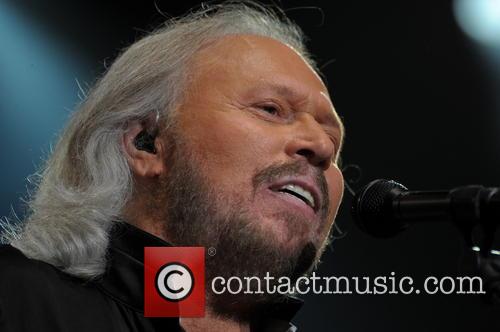 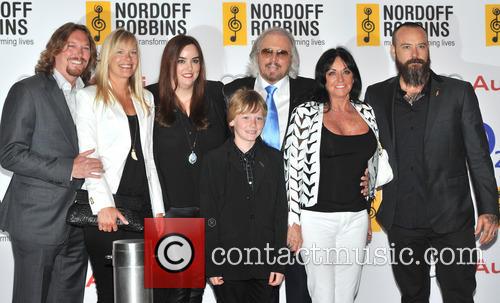 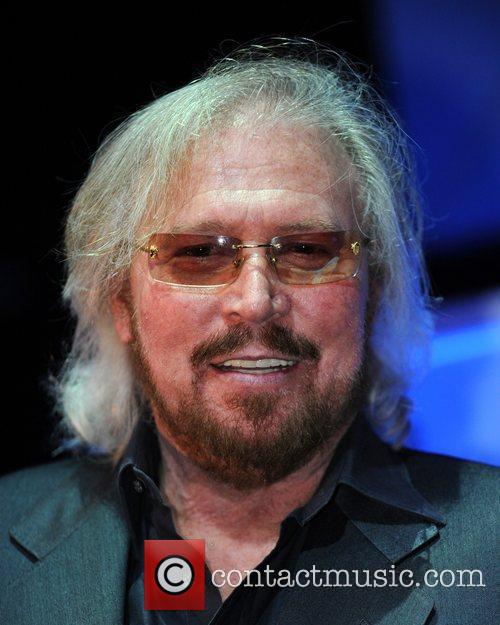 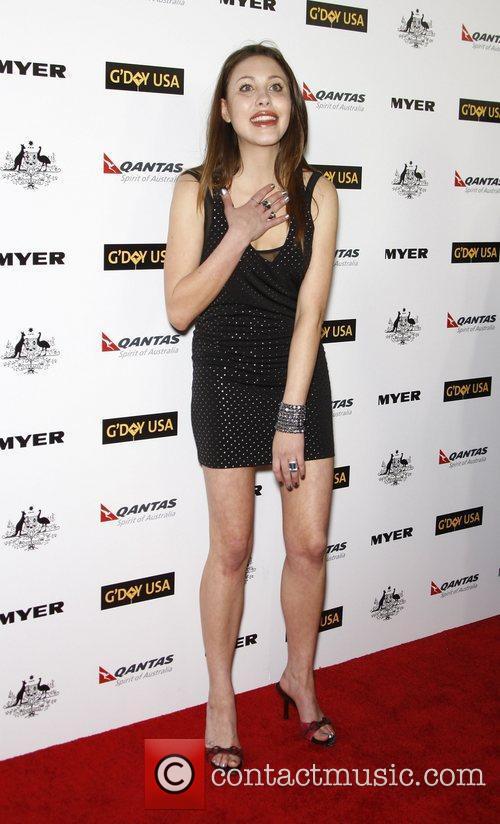 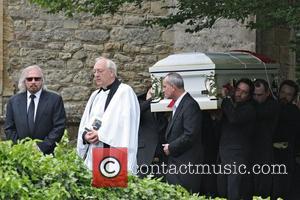 Barry Gibb: 'My Wife Pushed Me To Tour After Robin's Death' 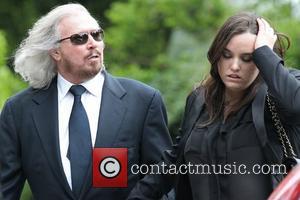 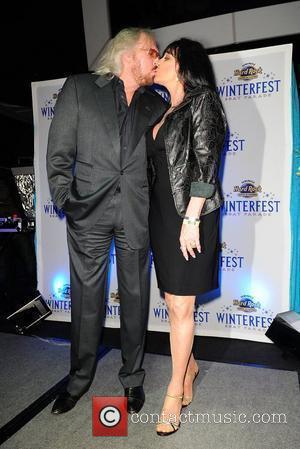 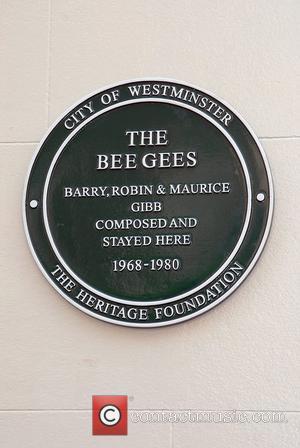