Tv Adventurer Bear Grylls Has Come Under Fire From Animal Rights Campaigners Who Have Accused The Brit Of Allowing Pigs To Be Slaughtered For Entertainment. 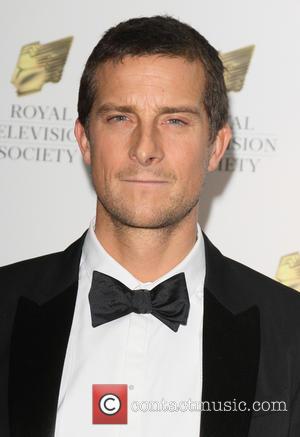 Campaigners have turned on Grylls, who has previously filmed shows with stars including Zac Efron and Jake Gyllenhaal, over his latest TV project The Island, which has featured the killing of pigs for food by survival contestants.

A statement from officials at People for the Ethical Treatment of Animals (PETA) reads, "Killing animals is a cheap ratings ploy and sends an especially harmful message to young viewers, who are greatly influenced by what they see on TV. Bear Grylls and the producers should be prosecuted. Fame doesn't mean immunity."

A spokesman for Britain's Royal Society for the Prevention of Cruelty to Animals (RSPCA) adds, "The RSPCA opposes practices that cause animals pain, suffering or death in the name of entertainment. It's unacceptable and could easily cause great distress to the animals. There's no excuse for using animals in stunts that carry a high risk of them being harmed."

However, a representative for Channel 4, the British network behind the show, has responded to the criticism, stating, "All islanders were trained in the humane capture and dispatch of animals. They decided they needed to eat or risk being unable to continue."