Cheryl Cole has made £500,000 from her new CC Couture company in the last year. 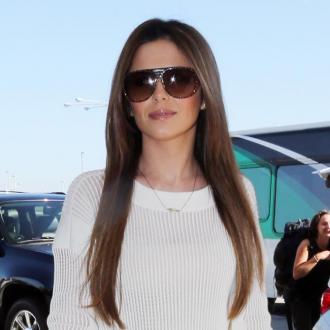 Cheryl Cole has reportedly made £500,000 from her new business.

The 30-year-old singer has banked herself the huge figure in the last year from her CC Couture company, which she set up in 2011 to handle her music and creative projects, and she won't even have to share a penny of it as she is the only director for the firm.

Meanwhile, the 'Call My Name' hitmaker recently ditched her trusted pal Will.i.am and hired the team behind One Direction to help restart her pop career and hopefully regain her seat on 'The X Factor' UK judging panel.

Cheryl had put her career on hold following a string of bad luck in recent years, including being booted off 'The X Factor' USA just a couple of weeks into the show, being struck down with acute malaria in 2010, and going through a messy divorce with ex-husband Ashley Cole, but the brunette beauty is finally ready to throw herself back into the music scene.

A source said previously: ''Cheryl has had enough time to get over all the big dramas in her life over the past few years. The malaria episode, the humiliating experience on 'The X Factor' USA and her marriage problems left her lost for a while.

''But she has really got the fire back in her belly and wants to throw herself into her career. The time is right.''