Cheryl Cole is working on a new track with Eminem songwriter Jon Bellion who co-wrote his number one hit 'The Monster' with Rihanna. 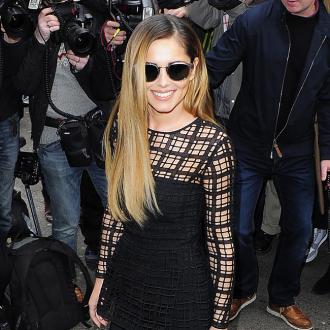 Cheryl Cole is working on a new track with Eminem songwriter Jon Bellion.

The 'Call My Name' hitmaker, who has revealed her new album is ''almost done'', has recorded a hip-hop track co-written by Jon, who helped to pen Eminem and Rihanna's number one hit 'The Monster', and producer Jesse Shatkin confirmed she has also been working on a new ballad.

He said: ''It's strong, it's powerful and really from the heart. She loved it. She sounds awesome.''

Jesse has worked with huge stars including Pink, Kelly Clarkson and Kylie Minogue and has worked on a number of other songs on Cheryl's fourth studio album, the follow-up to 'A Million Lights' in 2012.

Cheryl was forced to shelve the third single from the record to commit to the Girls Aloud 10th anniversary reunion before taking a break from music when the band split.

She said: ''I just took this time and partied and have just been me and normal for the past six months.

''Then I started recording the new album and that's almost done. There's no delay on the album. I've got things in the pipeline.''

Meanwhile, the 30-year-old singer revealed that Simon Cowell was ''begging'' for her to return to 'The X Factor'

She said: ''There's only so much begging one can take.

''It's not nice to see a grown man cry, so I finally succumbed.''