Somali supermodel Iman appeared with her idol and former 70s model turned fashion activist Bethann Hardison at the 2014 Cfda Fashion Awards held at Alice Tully Hall in New York. The latter guest has spent the last decades of her career campaigning over racism on the runway.

By Sophie Miskiw in Lifestyle / Showbiz on 11 February 2014

Chris Kattan ploughed into a Highway truck, but luckily nobody was hurt.

Chris Kattan's DUI charge came after the comedic actor slammed into a highway construction truck on a Los Angeles freeway early on Monday, a California Highway Patrol spokesman has said. Chris Kattan Suffered a Bloody Nose In The Crash

Kattan, 43, suffered a bloody nose in the crash though no workers were in the truck, said Officer Leland Tang.  "It could have been a lot worse," he added.

Former SNL star Chris Kattan was taken to a Los Angeles jail in the early hours of Monday morning after being arrested on suspicious of DUI.

The former 'Saturday Night Live' actor has arrested on suspicion of DUI in Encino, California.

Kattan's vehicle had crashed along the freeway and local authorities arrived on the scene shortly after. 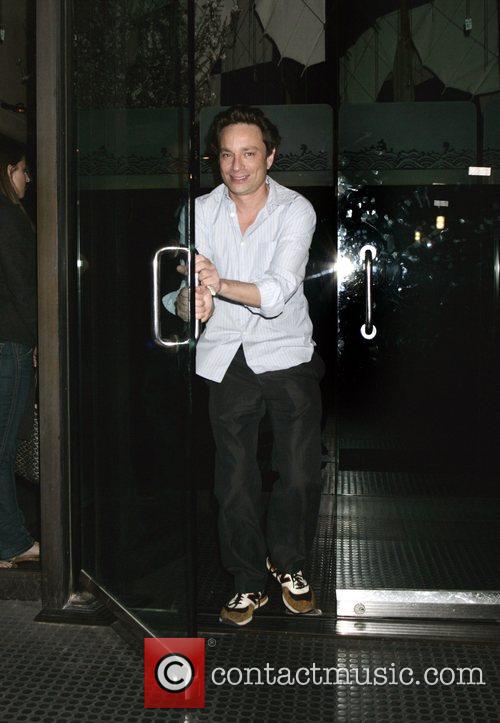