Adam Sandler (born 9.9.1966)
Adam Sandler is an American comedian and actor, as well as a film producer and screenwriter.

Childhood: Adam Sandler was born to Judy and Stanley Sandler in the Brooklyn area of New York. His mother was a nursery teacher and his father was an electrical engineer. At the age of five, Adam and his family moved to Manchester, New Hampshire.

When he graduated from Manchester High School, Adam Sandler studied for a Bachelor of Fine Arts at New York University. Whilst at university, he began to develop his natural talent for comedy, performing in local clubs and on campus.

Career: Adam Sandler's first break into TV was when he played the character of Smitty, Theo Huxtable's friend in The Cosby Show, the show masterminded by Bill Cosby. He also appeared on MTV's Remote Control, playing characters such as 'Stud Boy' or 'Trivia Delinquent'.

The comedian Dennis Miller saw Adam Sandler's stand-up routine in Los Angeles and tipped-off Lorne Michaels, one of the producers of Saturday Night Live. In 1990, Sandler landed a job as a writer for the show and later became one of the featured comedians. He became known for his comedic songs, including 'The Chanukah Song'.

Billy Madison, released in 1995, saw Sandler in his next starring role. The film also featured Steve Buscemi and saw Sandler playing a man who has to repeat his high school education in order to earn his inheritance.

Sandler then starred in a string of successful comedies, including Bulletproof (opposite Damon Wayans) and Happy Gilmore, a golfing comedy that also starred Ben Stiller, in an uncredited role.

One of Sandler's biggest hits of this period was The Wedding Singer, released in 1998 and also starring Drew Barrymore. That same year, The Waterboy was released; another popular hit for Sandler, which saw him working alongside Kathy Bates and Henry Winkler.

Big Daddy was another hit for Sandler in 1999 and he met Jacqueline Samantha Titone on the set of the film. Titone would later become his wife and plays a waitress in the film.

Starting with the release of 2002's Punch Drunk Love, Sandler's films began to receive critical acclaim, as well as box office success. In 2004, he starred in Spanglish, which starred Tea Leoni, followed by 2007's Reign Over Me, a drama that featured Jada Pinkett Smith, Liv Tyler, Saffron Burrows and Donald Sutherland.

Sandler lost out to Johnny Depp for the role of Willy Wonka in Tim Burton's Charlie and the Chocolate Factory. In 2007, he starred in the comedy I Now Pronounce You Chuck and Larry, opposite Kevin James. The film was only a moderate success but Sandler's popularity was soon on an upturn with the release of You Don't Mess With the Zohan in 2008. The film was written by Judd Apatow, a hugely successful comedy writer who is responsible for films such as 40 Year Old Virgin.

Adam Sandler has his own production company, Happy Madison Productions. Some of the films that have been produced by the company include Deuce Bigalow: American Gigolo as well as the majority of Sandler's latter films, including Spanglish and Reign Over Me.

J-Law told fellow actor Adam Sandler that she often becomes "incredibly rude" in public as a defence against selfie-seeking fans.

Jennifer Lawrence has explained how she tends to be “incredibly rude” if approached in public, a tactic she has developed in order to avoid pushy fans asking for selfies.

The 27 year old star of the X-Men and Hunger Games franchises, and the highest paid actress in the world for the last two years, admitted that she is often extremely blunt when it comes to impromptu photo opportunities with fans.

Speaking to fellow Hollywood star Adam Sandler as part of Variety’s ‘Actors On Actors’ interview series, she said that she’d even go so far as to describe herself as an “asshole” when confronted by members of the public.

Continue reading: Jennifer Lawrence Turns Into An "A**hole" To Avoid Selfies With Fans

The actress and director recently broke up - but could the pressure of 'Mother’s' negative reviews have contributed?

It was hard to escape the negative press surrounding Jennifer Lawrence’s last movie Mother! - but for the actress herself it was impossible

Speaking to Adam Sandler (of all people) Jennifer opened up about the film’s negative reviews, admitting that then-boyfriend Darren Aronofsky couldn’t stop talking about them. Jennifer Lawrence and Darren Aronofsky dealt with the negative reviews of Mother! differently 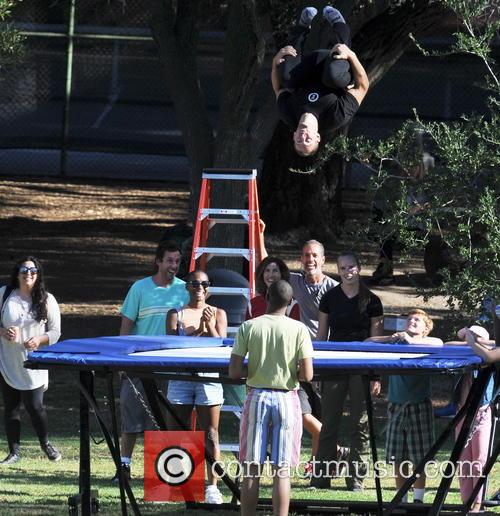 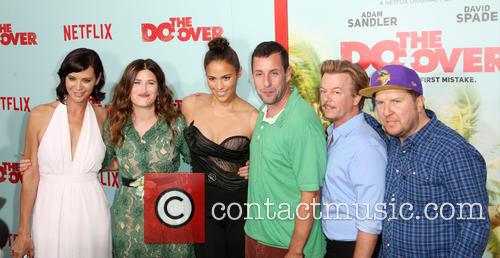 The animated sequel has come out on top of the US box office this weekend, easily beating ‘The Intern’.

Hotel Transylvania 2 has taken the top spot at the US box office this weekend, with an impressive $47.5 million opening. The animated sequel features the voice of Adam Sandler and gives the actor a welcome box office win after suffering flops with recent films, Pixels and Blended. Hotel Transylvania 2 has topped the US box office.

The film has also set a new September box office record, beating the first Hotel Transylvania movie which took $42.5 million in 2012. It is also the biggest opening that studio Sony has enjoyed since 22 Jump Street’s $57 million opening in June 2014. Continue reading: 'Ant-Man' Beats 'Southpaw' And 'Pixels' To Stay On Top Of US Box Office Ahead of the release of comedy adventure 'Pixels' later this summer, the cast of the movie; Michelle Monaghan, Brian Cox, Josh Gad and Peter Dinklage; share their appraisals of Chris Columbus, who took on the movie as director.

Adam Sandler and Paul Reubens have both created original films for the streaming service.

Netflix has moved into the world of original films and the fun starts this October! Yes the streaming service has just revealed the premiere dates for its first batch of original features, with Cary Fukunaga’s Beasts of No Nation leading the pack on October 16th.

Netflix is now in the orginal movie game.

Based on the novel by Nigerian author Uzodinma Iweala and adapted for the screen by Fukunaga, Beasts of No Nation stars Idris Elba as a warlord who mentors a child soldier. As well as becoming available worldwide on Netflix October 16th, the film will also open the same day in select U.S. theaters. 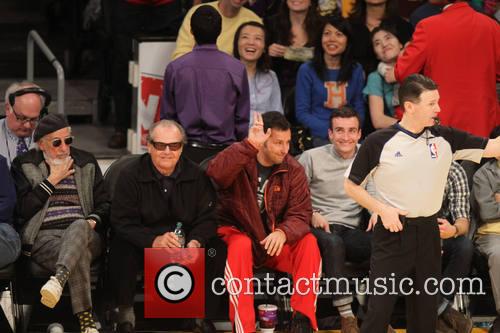 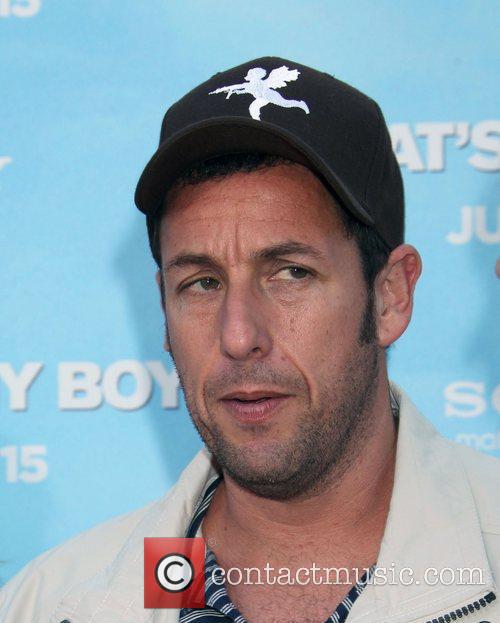 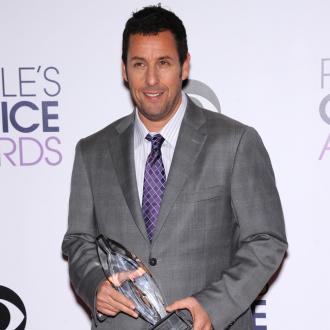