The actor voices the cheeky snowman in the Disney franchise.

Though we've still got over two years to wait until the highly-anticipated 'Frozen' sequel, this month we'll see some of the film's fan-favourite characters make their return in the 21-minute animated short 'Olaf's Frozen Adventure'. Featuring the titular snowman (voiced by Josh Gad) alongside Sven the reindeer, viewers will see the pair looking for Christmas traditions throughout their home of Arendelle.

Gad is of course going from more of a supportive role to a leading one in the movie, and it's a shift he seems to be very comfortable with. Working with the likes of Elyssa Samsel and Kate Anderson, who have written four new original tracks for the flick, as well as his former 'Frozen' co-stars, he's a part of a project that looks set to be a major success.

The actor is back recording for the Disney sequel.

The immense popularity of 'Frozen' was certainly something to behold when the now Disney classic was released back in 2013. Taking all of the most successful elements of the animated classics that had come before it and adding a dash of modern integrity and innovation, the movie made Disney musicals 'cool' again. Josh Gad is no stranger to the world of Disney

A roster of relatable characters were introduced to viewers, with Queen Elsa, her sister Princess Anna, her love interest Kristoff and a very jolly little snowman named Olaf all working their way into the hearts of everybody at home, before being plastered all over merchandise and making 'Frozen' one of the most popular Disney franchises of all time.

By Holly Williams in Lifestyle / Showbiz on 14 March 2017

It was the most difficult phone prank they've ever done.

'Beauty and the Beast' stars Luke Evans and Josh Gad got a break from the regular round of generic promotional interviews when they appeared on The Matt Edmondson Show on BBC Radio 1 last week. They were asked to take part in the AlphabetiCall telephone prank - and needless to say, they both won.

Anyone can conduct a prank call, but it takes a special kind of person to do so by starting every sentence with the next consecutive letter of the alphabet, all the way to 'Z'. Luke Evans and Josh Gad, how play Gaston and Le Fou respectively in the forthcoming live action version of 'Beauty and the Beast', managed it however with a themed pair of calls appropriate to their latest film.

In a move that will no doubt thrill LGBT people around the world, 'Beauty and the Beast' is to become the first film in Disney history to feature an 'exclusively gay moment'. With Emma Watson also bringing an emphasis on feminism to the role, it could be the company's most diverse role yet.

In the past, Disney was considered a prejudiced enterprise on many counts, but now they are embracing diversity by bringing same-sex romance into their upcoming live action adaptation of 1991 animation 'Beauty and the Beast'. It centres around LeFou, played by Josh Gad, and his feelings for his slick master Gaston who is portrayed by Luke Evans.

Continue reading: 'Beauty And The Beast' The First Disney Movie To Represent The LGBT Community 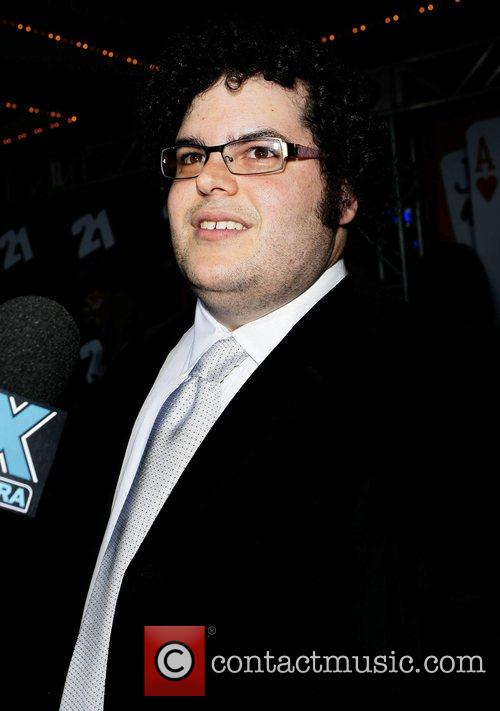 Josh Gad Is Flocked By Fans On Arriving At LAX Airport

Actor Josh Gad To Be A Dad For The Second Time