Man and the Echo - Man and the Echo (1965 Records)
Not exactly top of the 'Who's Who' of 2016's musical elite - they're more likely in people's 'Who's That?' listings. So why is the Warrington band's debut album my #1 of the year? Simple - because it shows that music can be bloody clever, yet totally accessible, and because they've crafted eleven belting tunes. The diverse range of genres (indie, new-wave, blue-eyed soul, northern soul) and the versatility of vocalist Gaz Roberts' voice (from Neil Hannon to Barry Gibb) make it charmingly mercurial. They have condensed modern Britain into forty minutes of stunning pathos.

Kate Tempest - Let Them Eat Chaos (Caroline)
Tempest's second album must be a shoe-in for a Mercury nomination. It is one long narrative poem, sub-divided into thirteen tracks for ease of streaming and airplay. The verse is given a heavy dub beat, strongly resonant of Roots Manuva. It focuses on 21st Century broken Britain, with seven vignettes of struggling Londoners restlessly awake at 4.18 a.m. Tempest rages against humanity's self-destructive passivity, spoon-fed to them by the media, capitalism and politics. The invocation to 'wake up and love more' asks us to regain those basics and start again. She's a force of nature.

Michael Kiwanuka - Love and Hate (Polydor)
Back on the radar after a four-year radio silence, Michael Kiwanuka has produced something to rival 2012's stellar 'Home Again'. It looks at the human experience dextrously via the micro and the macro, global issues rubbing shoulders with minute introspection. "Cold Little Heart" explores the limitations of love in his own core. "Black Man in a White World" energetically, bittersweetly celebrates black identity, whilst starkly refuting any idea of emancipation. 'Love and Hate' is a bolder second album, self-assured, dramatic, orchestrated and reverb-laden. Can't wait 'til 2020 for his next effort.

Whitney - Light Upon the Lake (Secretly Canadian)
Chicago seven-piece Whitney's 'Light Upon the Lake' has moments that just make you think of Jon Voight and Dustin Hoffman on a bus in 'Midnight Cowboy', or the sort of music that would accompany a modern-day cowboy's slow ride across the open plain. Soul mixes with indie and Americana, giving a rich sound that makes this album aurally sexy, track after track. The resplendent brass adds additional grandeur, especially on the big track, "Polly." Falsetto-sceptics will need to get over themselves to get the best out of this album.

Christine And The Queens - Chaleur Humaine (Because)
So - the Glastonbury coverage is on, and I almost choke with astounded delight on my obligatory post-noon summer beer at the sudden discovery of erratically-dancing Héloise Letissier. "I'm doing my face, with magic marker"? Do what? She's round the bend. but I rather like it. Enigmatic is an adjective that can excuse all manner of irritating affectations, but this album is genuinely unfathomable. 'Chaleur Humaine', examines sexual identity through its chilled synth-pop and deliberately reaches no concrete conclusion. She may go down as the only EU national we've actually embraced this year.

Josienne Clarke and Ben Walker - Overnight (Rough Trade)
Furrowed folk duo Josienne Clarke and Ben Walker have alchemically turned melancholia into pure gold. Their 2016 offering is a concept piece, dedicated to that most cheerful(?) of times, the night. Sequentially, it moves through sunset, through the wee small hours and ends with just a tantalising shard of light and hope. Eclecticism reigns - late-night jazz, a downtempo 'Cardigans' sound on "The Waning Crescent", Walker sounding like Knopfler. The conventional folk songs also soar, especially the Sandy Denny-influenced title track. With the first album for their new label, they sound unconstrained, unapologetic and unpredictable.

Kris Drever - If Wishes Were Horses (Reveal)
Ten years on from his first solo effort, Drever is older, wiser and much more hirsute. His third solo album is his best yet. He has assembled a crack team of musicians around him, making a folky full-band sound, bordering on country. "I Didn't Try Hard Enough" stands out, a blunt break-up song with the classic put-down, "I miss the factory job I used to do. I miss the factory more than I miss you" and the sardonic refrain of "Oh well." As the title suggests, wistfulness abounds, but it is delicately wry too.

KT Tunstall - Kin (Caroline)
People speak of trying to produce a 'difficult third album'. KT Tunstall waded through difficult third and fourth albums before finding her stride with 'Kin'. 'Hard Girls' is a thrusting, sweaty start to the album. 'Evil Eye' has that priapic feel of many of her breakthrough tracks, the artist in her pouting, pogoing, axe-wielding pomp. 'It Took Me So Long To Get Here, But Here I Am' could easily be the title track. She's seizing the day. She has us by the musical cojones once more. It feels good.

Conor Oberst - Ruminations (Nonesuch)
Oberst has hit us with all manner of different noises in his career so far, but he's always been at his best when armed with just a guitar and piano. His tenth solo album, 'Ruminations', quivers tremulously, teetering through neuroses that range from aging to addiction ('Gossamer Thin' its finest track). Its vulnerability is compounded by Oberst's voice, with its poignantly snivelling 'please don't hit me again' timbre. The honesty, the clarity and, let's be honest, the fact that someone is having a much worse time than we are, is captivating.

Honeyblood - Babes Never Die (FatCat)
You definitely want to keep on the right side of Stina Tweeddale and Cat Myers. The Glasgow duo's second album is full of empowering 'up yours' songs that seethe caustically towards injustices and wrongdoers and refuse to be ground down. If you were acceptable in the 90s, the menace and guitar distortion of Veruca Salt floods back, with the lyrical clout of Sleeper to boot. 'Sea Hearts' is a hedonistic steamroller of a song, threatening to flatten all members of the fun police, and 'Babes Never Die', suggests that babes don't fade away either. 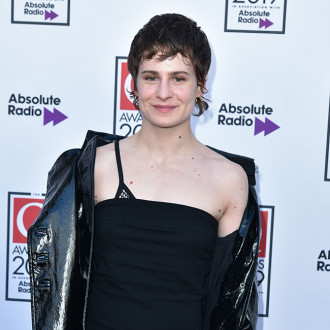 Christine and the Queens to curate Meltdown Festival 2023