LA production duo Michael David and Tyler Blake's début album as Classixx, 2013's Hanging Gardens, nestled comfortably between the tramlines of Vapour/Chill wave (Delete to taste): long on Miami Vice era 80's retro to just the right side of pastiche, it was a midnight drive for minds with the top half down.

Three years later, there's still nothing it seems quite as contemporary as the past, so the duo have rebooted their love affair with the 20th century on Faraway Reach, a title evocative of youthful hedonism and the giddy rush of our in between days. Superficially then little has changed, but whereas Hanging Gardens sat largely within a creative circle defined by Blake and David's production abilities, this time round they've shifted a gear into collaboration mode, squaring that circle by song writing for their guests to a level beyond the slightly cut-n'paste efforts of before.

This approach creates a different kind of pressure of course, but fitfully at least the hired hands lend some succour and flame: fellow avatars Passion Pit teleport the fragile house of Safe Inside to parties and dance floors, whilst Tom Krell aka How To Dress Well's peeling falsetto on Just Let Go works acrobatic overtime on what otherwise is a middle of the road slab of EDM. That and other touches prove at least that the two are mindful of not being slaves to period detail, managing to buff their circa '86 Cocktails and Corvettes sheen without going full nerd and resorting to use of the era's clunkily flawed technology.

Classixx are Californian production duo Michael David and Tyler Blake, two men who are very clearly on a mission to teleport us back to the neon and snakeskin world of the mid-1980s. They're hardly alone, of course - a whole movement has sprung up around dicking about with vintage synths and pretending the wind is blowing through your feather cut hair - but despite its obvious debt to Mylo, Hanging Gardens manages to strike a balance between both retro and contemporary. 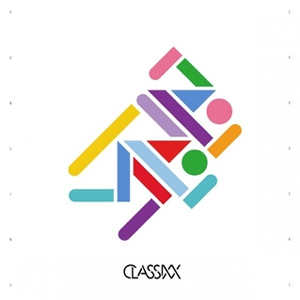 One of the main reasons for this is that Blake & David don't try to take themselves too seriously; the press blurb which accompanies Hanging Gardens talks of its suitability for "Road trips, pool parties and dance clubs", and with this as a mission statement, the listener sets off with them to all points of hedonism. Sometimes the influences border on plagiarism; the languorous titular opener pilfers less than subtly from the refrain to Fleetwood Mac's Little Lies - brilliantly - whilst the DNA of A Stranger Love recalls Kim Carnes Betty Davis Eyes.

It doesn't take long to get your head around the idea that this is best party you ever had whilst still in nappies. All You're Waiting For with its spunky vocals and keytar flourishes could quite easily be the older cousin of Chew Lips, or Shalamar, whilst the windswept chillwave of Dominoes wears a big grin and little else.  It's not all Ray Bans and GTO size hits though; Supernature's feeling of routine signals that the lack of depth of the original song pool is a problem not effectively dealt with, whilst the wafer thin soul of Long Lost dips a toe in the water of pastiche.