You never see Ty Segall and Keith Lemon in the same place, do you? Apart from a passing resemblance, there's something capricious and exhilarating that unites the two, characteristics that exemplify Segall's self-titled 2017 album. Segall has curated a miscellany of songs that encapsulate his previous solo efforts, a veritable "Through the Keyhole" tour of his prolific, diverse career so far. Less scratchy than 2016's "Emotional Mugger", it retains some of that jagged edge, whilst feeling more crafted and nuanced, and less like being hit with a paving slab whilst trying to kick a serious caffeine habit.

Hallmark Steve Albini production brings an unrefined, unspoilt sound. Thirty-six minutes long and recorded with the full band in the studio, it has the freshness of a first-rate live radio session. Rock excess kicks off immediately, "Break a Guitar" a nod perhaps to the abuse Pete Townshend meted out to Fender and Gibson products in the late 60s. Ominous, tanked-up guitar hooks lurch like the White Stripes and Hawkwind at the fuzzy end of a stag do. When Segall shrieks 'Take my guitar,/ I'll be at the bar', we can but mouth 'No sh*t, Sherlock.'

After such imposing beginnings, the only possible progression is to lay down a ten-minute, Syd Barrett psych-rock narrative that begins gently, 'waiting on the grassy field', before interspersing discrete movements of face-melting guitar thrash with Doorsy, acid trip "Riders on the Storm" keyboards, both underscored by manic, tachycardic bass. There's more deranged, terminal velocity noisemongery in the garage rock of "Thank You, Mr K", where Segall's request to 'let me drive' would elicit a kindly but firm 'no' from most. This particular journey stops abruptly halfway through to perform a 'smash & grab' on a jeweller's window. "The Only One" is an 'excess all areas' Sabbathlon, where Segall guitar-duels with Emmett Kelly, as Charlie Moothart annihilates the drumkit.

Check out the epic 14 minute video for Ty Segall's track Emotional Mugger. The footage is directed by Matt Yoka who's worth with Ty on a number of his other videos. Ty is currently on tour in the US with his band which includes Mikal Cronin and King Tuff.

By Dom Gourlay in Music Reviews on 10 September 2014

Californian musician Ty Segall really is the ultimate Jack of all Trades. A singer/songwriter by trade, his multi-instrumental talents have seen him play guitar and drums as well as produce much of his recorded output. Adding the likelihood of Segall showing up in any number of fellow artists' bands aside from the numerous projects he fronts and there's little wonder any thoughts of a relaxation period are immediately extinguished. 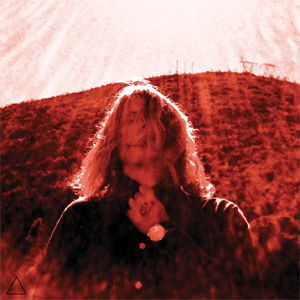 As well as being arguably the most prolific artist on the planet, he's also raised the bar somewhat on 'Manipulator', his seventh long player to date. While consistent throughout his previous releases, there's an assured confidence and structure to the seventeen songs that make up this record, ultimately delivering Segall's most accomplished body of work thus far.

Sure, all the influences you'd expect to hear (and a few others that aren't so obvious) are there; The Who, Small Faces, Cream, T-Rex and early seventies Bowie among them. Perhaps less obvious are the doffed headwear towards Britpop's (yes, Britpop!) more eloquent protagonists. Both Suede ('Green Belly') and Supergrass ('Susie Thumb') spring to mind at various points, which is no bad thing truth be told.