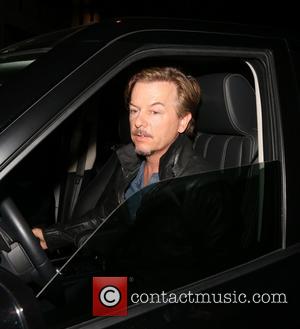 Actor David Spade will return to the screen as Joe Dirt in a sequel to the 2001 comedy adventure next year (15).

Earlier this year (14), the funnyman revealed he was working on a follow-up film, about a custodian who becomes an unlikely hero, and the project has now been picked up by bosses at Sony's online entertainment network Crackle.

Spade will reunite with co-writer Fred Wolf to pen and executive produce the sequel. Wolf will also serve as director on the film, which will begin production in Louisiana in November (14) ahead of a 2015 premiere date.

Spade says, "I'm beyond stoked that Joe Dirt will finally hit the screens again on Crackle. I've been sleeping in this wig for years and it will be nice to wear it in the daytime again."

It is not yet known if the comedian's original co-stars Kid Rock, Jaime Pressly and Brittany Daniel, who recently battled stage four non-Hodgkin's lymphoma, will be back for the sequel.