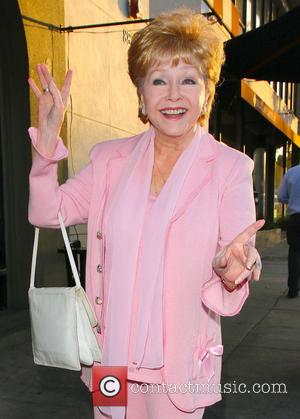 Beloved movie veteran Debbie Reynolds is to be honoured with a lifetime achievement prize at next year's (15) Screen Actors Guild Awards.

The Singing in the Rain star will be presented with the 51st annual trophy, the union's highest accolade, at the prizegiving in January (15).

The award is given to "an actor who fosters the finest ideals of the acting profession".

Announcing the news on Monday (18Aug14), Sag-Aftra president Ken Howard says, "I'm thrilled that Sag-Aftra is presenting our Life Achievement Award to Debbie Reynolds. She is a tremendously talented performer with a diverse body of screen and stage work, live performances and several hit records.

"Her generous spirit and unforgettable performances have entertained audiences across the globe, moving us all from laughter to tears and back again. Congratulations, Debbie, on your life achievements."