Review of The Face EP by Disclosure 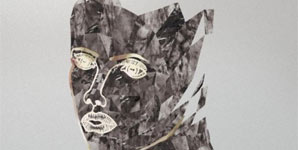 So said James Murphy in 2002, and it's a feeling that must be pretty familiar to many producers in 2012. Disclosure are Guy and Howard Lawrence, aged 17 and 20 respectfully, and they have rapidly created a name for themselves as one of the most exciting young artists in the UK - very recently reaching 1 million soundcloud plays. After creating quite a buzz with their early singles 'Flow' and 'Tenderly', it was their outstanding remix of Jessie Ware's 'Running' that made their name - the track quickly becoming one of the biggest dance-floor tunes of the year, cropping up on countless mixes and getting significant radio play. It's always a clear indication of a musical genre's transition from the underground to becoming the sound of youth culture when artists as young as Disclosure start appearing, absorb many different sounds and styles of the genre, and start creating some of the most popular music within that genre.

They have received criticism from the more purist fans of the 'new dance' movement as being derivative of other artists, but such criticisms seem to be a reaction to both their popularity and their age. Dance music is a very puritanical genre (with all its countless sub-divisions and genre-splitting) and with its aforementioned movement into the mainstream, artists who gain popularity like Disclosure become targets of criticism, accused of being derivative when the borrowing and exchanging of ideas is seen from the beginning of the 'dubstep' scene - as well as being an essential aspect of the movement of any genre.

The EP opens with standout track 'Boiling', a stifling number that ebbs and flows along a backdrop of Hyph Mngo-esque synths and a lovely smooth deep-house bassline, over which Sinead Harnett's soulful vocals drift in and out, talking about things boiling and toying, and generally cutting a pretty frustrated figure . We don't get the easy payoff or predictable conclusion to all this 'boiling' that one might expect, instead Disclosure display their maturity by letting Sinead's vocals drift in the sweltering atmosphere they create - the track owing more to conventional song structure than that of dance music. The whole EP is filled with the undeniable scent of summer - the reverb drenched and breathy vocals, the rolling house basslines sound like the soundtrack to the sort of summer we probably won't get.

Next is 'What's in Your Head' in which a cut up bassline builds with rising spacey synths alongside 'Oui je t'aime' groans - the inspiration for now infamous unofficial video cribbed straight from the dreams of readers of Zoo, in which scantily clad women pour booze into each other's mouths - before dropping with a funky bassline and infectious chopped melody.

Elsewhere there is Livid, an upbeat tune full of chopped up vocals, which although a great track, is a sound I feel they have bettered on other tracks (such as Tenderly and Flow). The last track on the EP, Control features the up and coming singer Ria Richie and takes it's inspiration from UKG, with the El-B-esque bass drops that DJ Q is also employing to fabulous affect these days, providing a perfect backdrop for Ria's stoccato vocals.

Disclosure definitely fare better when they have a good vocal melody to work around, using that to structure their tracks and drops, and this track is another testament to their skill. It surely can't be too long until a big name comes knocking requesting a production from them.

Another thing Control showcases that Disclosure are wonderful at (seen best on their Running Remix) is using dynamics to let a track flow into a widescreen reverb heavy fog, with sustained vocals and delay, letting it build then bringing it back into a tight and minimalist beat. It's similar to the old loud/quiet/loud trick that Nirvana learnt from the Pixies.

The Face is a wonderful debut EP from the Disclosure boys, and releasing music of this quality at such an early age and so early into their career only makes one excited as to what the future holds for them. Having young artists such as Disclosure in a scene is great because it provides healthy competition - after hearing those footsteps on Losing my Edge, James Murphy went on to make Sound of Silver - and The Face acts as a reminder to other producers to stay at the top of their game, because the kids are coming up from behind.