Bobbi Kristina Moved To A Hospice - A Timeline Of Her Hospitalisation

By Elinor Cosgrave in Lifestyle / Showbiz on 25 June 2015

Check out this timeline of Bobbi Kristina’s time in hospital from her initial hospitalisation in January to her family’s decision to move her to a hospice earlier this week.

Bobbi Kristina, the daughter of Bobby Brown and the late Whitney Houston, is now in a hospice. Her prognosis is not positive and her family are reportedly preparing for the worst. 22-year-old Bobbi has been hospitalised for the last few months after she was found unconscious in her Atlanta home in January. Her period of hospitalisation has been dramatic so, in case you’ve struggled to keep up with her progress, take a look at this timeline of events. Bobbi Kristina was admitted to hospital in January.

Continue reading: Bobbi Kristina Moved To A Hospice - A Timeline Of Her Hospitalisation

Dr. Phil has issued a statement in which he clarifies the remarks he made about Bruce Jenner's alleged transition whilst appearing on 'Jimmy Kimmel Live!'.

As rumours of Bruce Jenner's alleged transition from male to female to continue to circulate, it seems everyone has a comment to make about his supposed life choice. Jamie Foxx caused controversy at the iHeartRadio Awards last month when he made a series of unkind jokes at Jenner's expense. Now it's Dr. Phil's turn to backtrack on his remarks after he received criticism for comments he made whilst appearing on Jimmy Kimmel Live! on Wednesday (22nd April). Bruce Jenner, photographed here in 2013, is allegedly transitioning to female.

Dr Phil has apologised for tweeting "if a girl is drunk, is it OK to have sex with her?" Although the post was quickly deleted, a petition was created calling for an apology from the talk show doctor.

Dr Phil caused a scandal on Twitter by tweeting "if a girl is drunk, is it OK to have sex with her? Reply yes or no to @drphil." The talk-show doctor tweeted on Tuesday (20th August) but later deleted his post, as reported by the NY Daily News.By discussing such delicate issues in this a blunt way, Dr Phil's tweet has been misconstrued and, unsurprisingly, highly criticised. Dr Phil outside the Ed Sullivan Theatre in New York, 2012.

A Change.org petition was quickly created requesting that Dr Phil, whose real name is Phil McGraw, apologise for his message. The petition has over 1300 supporters to date. Carmen Rios, who began the petition, stated that Dr Phil's post should not have been posed as a question at all: "there is no question Dr Phil, rape is rape." Rios continued by emphasising that "sexual contact without verbal, sober, conscious consent is rape." Rios called for the 62-year-old psychologist to apologise for his comment and for an episode of his show, regarding rape awareness, hoping such an episode "educates the public about the true definition of rape and sexual assault, as well as how to prevent it."

Is It Ok For Dr Phil To Post Tweets About Rape And Drinking? Twitter Users Don't Think So

By Victoria Pavlova in Lifestyle / Showbiz on 21 August 2013

Dr Phil has responded to the wave of online rage sparked by an earlier tweet.

Dr. Phil, former protégé of Oprah and current daytime TV celebrity in his own right, has landed himself in hot water with a recent tweet. The status, reading: “If a girl is drunk, is it alright to have sex with her? #teensaccused” was posted by a staffer to Dr. Phil’s official account earlier this week. The response was swift and powerful – as it should have been and as one might expect, particularly so soon after the Seubenville case, in which a teenage girl was raped by several football players at a party, while she was intoxicated.

Someone in Dr. Phil's media team was to blame.

Responses varied from the strictly technical “@DrPhil By law when alcohol is a factor, no one can consent. Don't know what's happening to you? It's rape, period. #teensaccused” to the seriously affected: “@DrPhil The answer is No, Never you jackass. And then you kick whoever asked you in the throat. #teensaccused.” Of course, there were also a significant number of twitter users making jokes about the inappropriate question: “Dr Oz was saving lives today and Dr. Phil is trying to hook up with drunk girls where is @oprah she needs to have an emergency team meeting.”

Continue reading: Is It Ok For Dr Phil To Post Tweets About Rape And Drinking? Twitter Users Don't Think So

David "Kidd" Kraddick's cause of the death has been ruled by a coroner as cardiac disease. The Texasradio DJ died on Saturday (27th July) aged just 53-years-old.

David "Kidd" Kraddick's death on Saturday 27th July was caused by an enlarged heart and blocked arteries, according a preliminary autopsy. As a result he had probably developed an irregular heartbeat. Kraddick died suddenly in New Orleans whilst hosting a charity golf tournament. The event was in aid of his 'Kidd's Kids' foundation which provides support and rest bite for terminally ill children and their families.

By Elinor Cosgrave in Lifestyle / Showbiz on 29 July 2013

Radio DJ David "Kidd" Kraddick's death has attracted sympathy from across the entertainment business and from his fans. Kraddick hosted a number of shows based in Texas but a number were synchronised across the US. The much-liked Radio personality died suddenly on Saturday 27th July in New Orleans aged just 53 years old. Kraddick was hosting a charity golf tournament, in aid of his Kidd's Kids foundation, just outside New Orleans when he fell ill. He was transported to a New Orleans hospital where he died in the afternoon. The cause of his death is yet to be confirmed.

Yesterday (29th Oct. 2012) Anderson Live, the daytime chat show eponymously hosted by Anderson Cooper, was officially cancelled. Ratings for the news anchor's show just never really kicked off. Format changes, including a name change from just 'Anderson' to 'Anderson Live', were clearly not enough to nudge it into nationwide popularity.

Reported in the Chicago Tribute, Cooper said "I am very proud of the work that our terrific staff has put into launching and sustaining our show for two seasons," and added that he looked forward "to doing more great shows this season ... I'm sorry that we won't be continuing." This followed the statement made by WarnerBros, stating "The series will not be coming back for a third season in a marketplace that has become difficult to break through." Anderson Live was competing with mid-day heavyweights such as Ellen Degeneres' 'Ellen', Dr Phil's 'Dr Phil' nor Katie Couric's 'Katie' (all imaginatively titled, as you can see).

It's not the end of the world for Cooper who will still continue hosting his news program 'Anderson 360'. His career history includes international journalism, a lot of which was war reporting, including an award winning report from Sarajevo during the Bosnian war. A lot of his work is referred to in his 2006 memoir Dispatches From the Edge.

Telepictures (the syndicated division of Warner Bros) have called time on Anderson Cooper's daytime chat show. According to LA Times, the CNN news personality's show, Anderson Live, will be no more, after its second season.

The news broke on Friday (October 26, 2012), as Warner Bros executives began communicating the news to their associated TV stations. In a statement, Warner Bros said "We are extremely proud of Anderson and the show that he and the entire production team have produced... While we made significant changes to the format, set and produced it live in its second season, the series will not be coming back for a third season in a marketplace that has become increasingly difficult to break through. We will continue to deliver top-quality shows throughout next summer."

Anderson Live has faced significant competition from daytime pros such as Dr. Phil and new shows from the likes of Ricki Lake and Katie Couric. The show will end after its summer 2013 season. In a separate statement from Cooper himself, he said "I am very proud of the work that our terrific staff has put into launching and sustaining our show for two seasons... I am also grateful to Telepictures for giving me the opportunity, and indebted to viewers, who have responded so positively. I look forward to doing more great shows this season, and though I'm sorry we won't be continuing, I have truly enjoyed it."

Continue reading: The Show Can't Go On: Anderson Cooper's Live Gets The Chop 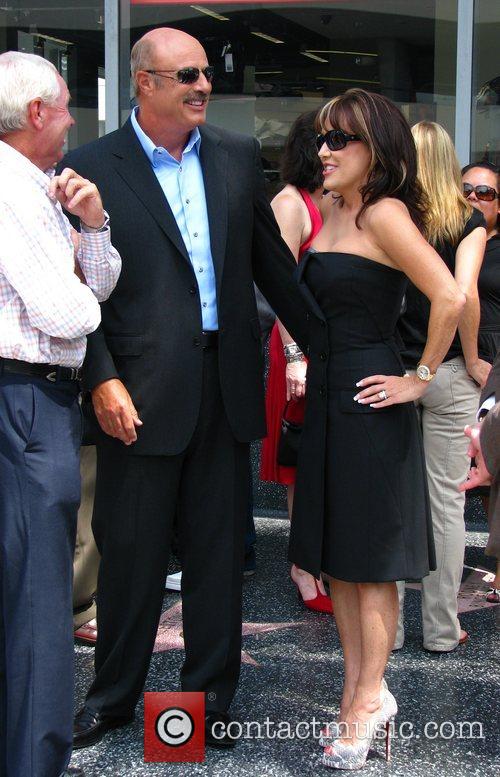 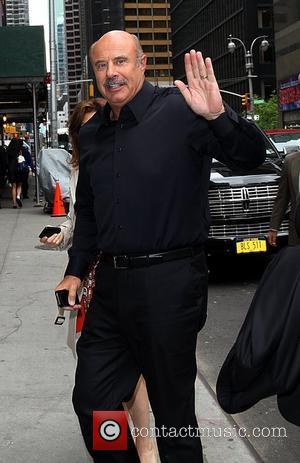 Is It Ok For Dr Phil To Post Tweets About Rape And Drinking? Twitter Users Don't Think So