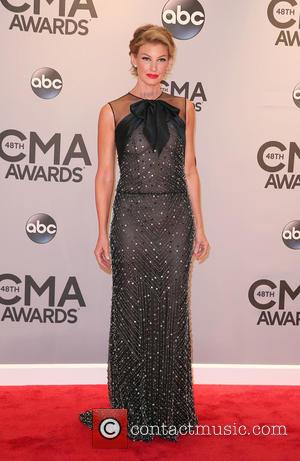 Picture: Faith Hill - Shots of a variety of stars as they took to the red carpet for the 48th Annual Country Music Association Awards which...

Country singer Faith Hill has returned to the big screen for the first time in 10 years to star in crime drama Dixieland.

The This Kiss hitmaker made her feature film debut opposite fellow country star Keith Urban's wife Nicole Kidman in 2004's The Stepford Wives and she has just wrapped filming on her latest movie, in which she plays the mother of a man who returns to his home town and falls in love with a troubled girl next door, according to Deadline.com.

The Amazing Spider-Man's Chris Zylka and Elvis Presley's granddaughter Riley Keough also star in the movie, which was shot in Jackson, Mississippi.