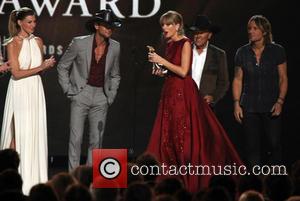 Country singers Faith Hill and Tim Mcgraw have slammed ongoing reports suggesting they are on the verge of a divorce, insisting the rumours are completely made up.

The couple's marriage has been under heavy scrutiny for the past several months with many so-called sources claiming the singers are headed for a break-up, but now Faith and MCGraw are clearing up those rumours, explaining the negative gossip has been around since the first week they were married.

"Happy is good. I don't know why happy can't be a story."

Hill and MCGraw tied the knot in 1996 and have three children together.