Faith Hill Reunited With Her Biological Mother Before She Passes Away

Faith Hill, county music singer and wife of Tim Mcgraw, was reunited with her biological mother 15 years ago after being put up for adoption, with her mother recently passing away. 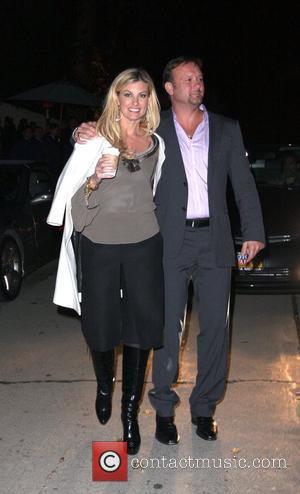 Picture: Faith Hill and Tim McGraw leave the Oscar party held at a Mansion. Faith raves about the free hot chocolate she got from inside the...

Faith Hill, the legendary country singer/songwriter, found out about the recent passing of her biological mother. Hill had only recently gotten to know her mother, Paula White - the woman who had put her up for adoption, shortly before she died in her sleep on 28th January, 2007. Hill, married to Tim Mcgraw, secretly attended White's funeral in Florida on 3rd February, 2007.

The couple refused to reveal the identity of the woman, although it was later discovered that a message a White's funeral read: "She leaves her daughter Audrey McGraw and her husband Samuel of Franklin, Tennessee." Faith Hill's real name first name is Audrey, with Tim McGraw's being Samuel.

Related: 'I Hate Myself For Loving You': Faith Hill Leaves Sunday Night Football

Hill and McGraw live together in Franklin, Tennessee. Since reuniting with White, Hill has discovered that she has a half-brother, Zachary. She was also informed that her father, Edwin White, died in a car accident while hill was around 10-years-old.