By Elinor Cosgrave in Lifestyle / Showbiz on 16 April 2015

Jemima Kirke reveals details of her abortion in 2007 to raise awareness for pro-choice charity.

Jemima Kirke has opened up about having an abortion in a video for the Centre for Reproductive Rights' pro-choice campaign, Draw the Line. The 29-year-old actor, best known for her role as Jessa in HBO's Girls, explained how she terminated a pregnancy in 2007. Jemima Kirke is best known for her role on Girls.

Continue reading: Jemima Kirke, 'Girls' Actress, Speaks Out About Having An Abortion For Pro-Choice Charity

By Elinor Cosgrave in Lifestyle / Showbiz on 28 March 2015

Lena Dunham has been criticised by the Anti-Defamation League for perpetuating Jewish stereotypes in a recent article she penned for the 'New Yorker'.

Lena Dunham has caused controversy (once again) by penning an article for the New Yorker entitled 'Dog or Jewish Boyfriend'. Dunham challenges the reader to guess, out of 35 statements, whether they refer to her dog or her boyfriend. Dunham, who is herself Jewish, has been criticised for perpetuating a number of Jewish stereotypes. Lena Dunham has been criticised by the ADL for her article in the New Yorker.

Lena Dunham To Guest Star In 'The Simpsons'

The 'Girls' writer and star will go yellow later this year when she makes a guest appearance in Springfield.

We know that Lena Dunham is returning to our screens when the fourth season of ‘Girls’ takes its bow on HBO this weekend, but NYC is not the only place she’ll be appearing this year. Entertainment Weekly has revealed that she’ll also be seen in Springfield when she makes a guest appearance on ‘The Simpsons’.

The 28 year old actress and writer won’t be appearing as herself, or her ‘Girls’ character Hannah, however. She’ll be voicing a pharmacist called Candace who becomes romantically linked with Homer when he becomes diagnosed with narcolepsy, which makes him continually fall asleep. Continue reading: Lena Dunham To Guest Star In 'The Simpsons' The star of HBO comedy ‘Girls’ will play the boy who never grows up opposite Christopher Walken as Captain Hook, who was confirmed in his role a couple of weeks ago. Williams reacted to the news in a statement saying “I have wanted to play Peter Pan since I was about three years old, so this is a dream come true.”

The Girls creator's book will be out in October

It’s finally here, or at least that’s how Lena Dunham put it when she announced that her highly anticipated book, Not That Kind of Girl, is set to be released on October 7, 2014. The popular actor, write, director and basically everything-it-takes-to-get-something-done-er announced the news via her widely-followed Instagram account, following that up with a little Tweet to send her fans in the right direction. This, of course, was met with a tidal wave of excitement from the legions of dedicated Dunham-ites that follow her every move.

Producers of the hit comedy series girls have defended the right of their actors to appear naked during the show. One reporter questioned why Lena Dunham appears naked so frequently which caused the producers to go into a "rage spiral."

One member of the press will definitely not be interviewing Lena Dunham or the Girls producers again anytime soon. The Girls creator was faced with some impertinent questions about her frequent appearances in the nude during the show. Lena Dunham at the season 3 premiere of Girls.

During a panel at the Television Critics Association press tour on Thursday (9th January), a reporter questioned Dunham her decision to appear nude on the show. The reporter questioned, according to The Huffington Post, the purpose of nudity in the show. He said "I don't get the purpose of all the nudity on the show, by [Dunham] in particular. I feel like I'm walking into a trap where you go, 'Nobody complains about all the nudity on Game of Thrones, but I get why they do it. They do it to be salacious and titillate people. And your character is often nude at random times for no reason."

Lena Dunham and producer for 'Girls' were answering reporters' questions on Thursday (January 9), when a reporter asked something they deemed inappropriate. But how they reacted was pretty unexpected.

If there is one thing you don't do, it's ask those involved with Girls about the show's nudity. Apparently. Producers from the show were taking questions on Thursday (January 9) at the Television Critics Association, when a reporter asked a question they found offensive.

Continue reading: 'Girls' Producers Freak Out When Asked Why They Need So Much Nudity 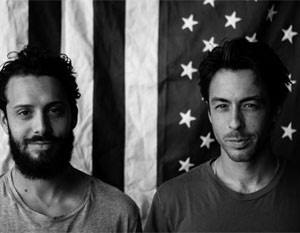 Girls Season 2: Has Lena Dunham Included One Black Character To Appease Her Critics?

Girls and Lena Dunham have been a revelation for the small screen. A kind of Sex and The City for 'real' woman (although the topic of 'men' comes up nearly as much), Girls has been critically acclaimed, and has thrust Dunham into the comedy limelight.

If there were one criticism of Girls, it would be Dunham's rather Caucasian depiction of one of the most ethnically diverse cities in the world: New York. With such a range of colour and culture in the Big Apple, it's a surprise the show's characters didn't represent the true essence of the city. Still, the actor, writer and director was honest enough to admit that Girls was perhaps a little too white, and vowed to introduce a more multicultural aspect. There were those, of course, who saw introducing more diverse characters for the sake of it as offensive in itself, but most praised the show for being willing to accept their faux pas and adjust accordingly.

However, as Eric Deggans, Tampa Bay Times TV/Media Critic notes, "minutes into Girls' Sunday return, self-described black nerd Donald Glover (NBC's Community)pops up as new beau to Dunham's Hannah Horvath." At the end of the episode, "he's gone; split with Hannah after he criticizes one of her essays and she picks a fight over his political beliefs, angrily spitting a Missy Elliot lyric at him while he's complaining about white women who fetishize dating black men."

Adam Driver Still Sore About Medical Discharge From The Marines 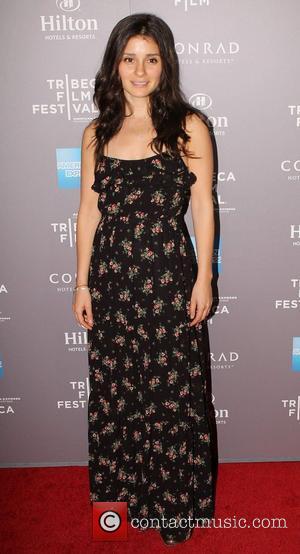