The E! News host was a winner in more ways than one. 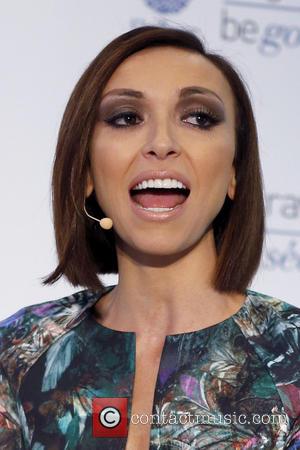 Giuliana Rancic wowed her fans at last night's Daytime Emmy Awards by not only collecting the Fan Favorite prize but also showcasing one of the events most stunning looks. As a member of E!'s Fashion Police, it's kinda Rancic's job to know what's what in the style stakes but she truly went above and beyond her call of duty with a goddess-like, sleek, white and gold, Badgley Mischka gown.

Rancic was the recipient of the 2014 Daytime Emmy Awards' Fan Favorite competition after fans voted in their hoards for their favourite TV personality to win the award via Facebook. She saw off the likes of Ashley Tisdale and 20-time Emmy winner, Ellen Degeneres.

"I dedicate this award to my six million social media BFF's because I really don't know what I would do without them," the 39 year-old TV star said during her acceptance speech. "They tell me my hair looks better short than long, they're always around to chat when I can't sleep at 2 a.m. and they hilariously side with me when I out my husband as a 'baby hog!'"

More: Giuliana and Bill Rancic to use the same surrogate mother for next child.

Giuliana spoke warmly of her fans, revealing that she consulted with them over her Emmys look. "They chose my white gown that I wore to the Daytime Emmy Awards and told me to go easy on the eye makeup," she added, via E! News. It looks like the ever-stylish Rancic has fans she can rely on: she teamed her eye-catching dress with a gold clutch, some understated jewellery and a simple but sophisticated low bun.

"They laugh with me, cry with me and pray for me. They keep it real and their friendship makes me feel like the luckiest girl in the world!" she gushed. Pictured At The Grammys, Giuliana Rancic Is The Daytime Emmy's Fan Favorite.