Jermaine Jackson Wants Murray To Be 'Haunted' In Jail

Jermaine Jackson hopes Dr. Conrad Murray is ''haunted by what he's done'' while he serves four years in jail for the involuntary manslaughter of Michael Jackson. 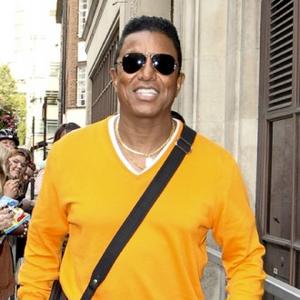 Jermaine Jackson hopes Dr. Conrad Murray is "haunted by what he's done" while he's in jail.

The physician was sentenced to a maximum term of four years in prison for the involuntary manslaughter of Michael Jackson yesterday (29.11.11), but the 'Thriller' singer's family have slammed the sentence as not enough and they want him to feel guilty as he serves his time.

Michael's brother Jermaine told The Sun newspaper: "That lie, that Michael somehow self-administered or contributed to his own death, was sent to jail with the rest of Murray's lies.

Jermaine also talked about how Michael had been planning to turn his life around with his 'This Is It' run of concerts, scheduled to start at The O2 in London a few days after his death from acute Propofol intoxication in June 2009.

He added: "It denied Michael the greatest comeback of all time - the comeback he had imagined for such a long time.

"He was on the verge of turning over a new leaf in his life. The 'This Is It' concerts in London were just the beginning of a five-year plan to turn things around and restore some financial security. He was even finalising a $15 million downpayment on a home in Las Vegas."

"Propofol is like a gun - safe in the right hands but in the wrong hands, it's deadly. Michael placed his life in Murray's wrong hands . Had he been a trained professional who knew what he was doing, Michael would still be alive today."