Formed 23 years ago in Arizona, Jimmy Eat World were part of the popularity explosion of American guitar music at the turn of the Millennium, spawning the platinum record 'Bleed American'.  Now onto album nine, the quartet are in a touring schedule that will take in Europe, and both North and South America.

Though at times placed in the punk-rock crowd, JEW have always been much more of a melodic beast, something that is apparent from the opening 'You With Me'.  It has the hallmarks of the band at their best; an infectious energy that doesn't displace their tune, something that follows into the slower 'Sure And Certain'.

The band drop the tempo further for the brooding 'It Matters' before they unleash some crunching chords on 'Get Right', but this lacks the hooks that were evident in the early stages of the album. They return to familiar territory on 'You Are Free' and 'Through', but it's hard to deny a sense of ideas drying up, though the emotive 'The End Is Beautiful' sees them at their swooning and sweet best.  It's as impressive as anything else on a record that is heavily front-loaded with the stronger material and ultimately shows JEW still have something to offer. 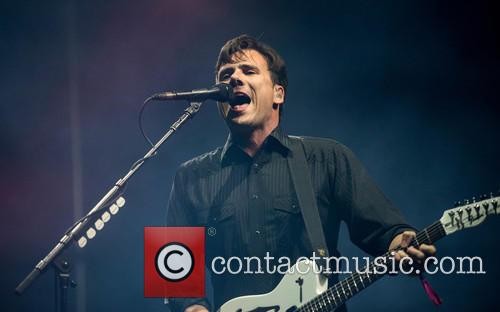 Watch TayTay lip-sync and dance around her bathroom to 'The Middle' in the new clip.

Taylor Swift’s feud with Apple Music looks to be well and truly behind her, as the singer unveiled a brand new advert for the streaming service in which she stars, dancing as she listens to Jimmy Eat World!

In the new advert, which TayTay tweeted to her millions of followers on Monday morning (April 18th), she can be seen getting ready for a night on the town by looking on her phone for a playlist on the subscription-only service. She happens on a throwback playlist called ‘Jukebox Hits: ‘00s Alternative Rock’ and sees Jimmy Eat World’s ‘The Middle’ and exclaims “Oh my God, I love this song! I used to listen to this in middle school!”

By Holly Williams in Music / Festivals on 11 September 2013

Continue reading: Get Ready For The Second Half Of London's 2013 Star-Filled ITunes Festival 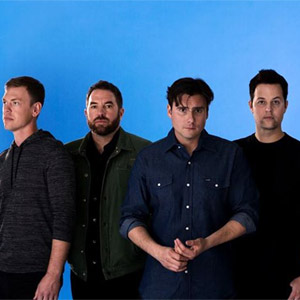 Jimmy Eat World performed at this year's Download Festival before playing a single date at London's KOKO and then starting their world tour!  New album Damages (produced by Alain Johannes) has just been released to public with critical success and the band aim to continue their successful run with a UK tour in September. We spoke with guitarist Tom Linton whilst on site at Download Festival.

CM: We're currently at Download Festival where you're playing the Zippo Encore Stage at 18:20. Over the years, have you personally or the band collectively formed any rituals or traditions that you do before playing a gig?
Tom: We don't do anything too crazy. We do these nerdy vocal warm-ups and do a little stretching. Sometimes there's a guitar back there and we'll just play a little bit, maybe practise a little bit. Nothing Satanic or anything like that. 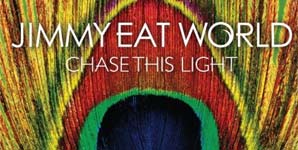 Formed in Mesa, Arizona, in 1993, Jimmy Eat World made their independent debut a year later and are now releasing their sixth album. They made a breakthrough in the UK in 2002 when their single 'The Middle' entered into the top 30 singles chart and following on from a double performance at the Carling Festival this year, they return in February for headline shows.

Long before 'emo' was a lazy tag slapped on any guitar band that teens would like, it was applied to J.E.W. for vocalist Jim Adkins' ability to marry emotional lyrics to usually very catchy tunes. Sticking to the adage 'if it isn't broke don't fix it', tracks such as 'Always Be' and 'Feeling Lucky' have infectious pop melodies and energy along with negative lyrics such as 'I'm alone in this as I've always been'. No wonder the band have so many teenage fans! Based on an acoustic guitar, 'Carry You' is a particular highlight due to featuring one of the stronger choruses on an album packed with hooks, while 'Electable (Give It Up)' is a guaranteed sing-a-long with the simplest of 'oh oh oh' chants. Adkins even comes across as positive on 'Big Casino', crashing in on a wave of optimism and declaring 'I'll accept with poise, with grace, when they draw my name from the lottery'.

Like any punk-rock band with a sense of ambition, J.E.W. head in other directions occasionally on 'Chase This Light', most obviously on the brooding 'Gotta Be Somebody's Blues'. With the vocals at barely more than a whisper, it is dominated by orchestral strings and is an avenue the band might want to try in future. The obligatory ballad, 'Dizzy', closes the record and does so in impressive fashion. A tale of lost love, it is musically sweeping with vocals that could be from a boy band (but Westlife will never sound as good). Strings swoon throughout and guitars shimmer, before being let off the leash some three minutes into the track. It may not be revolutionary, but fans are sure to be happy and there are certainly additions to the band's catalogue which are welcome. Jimmy Eat World - I Will Steal You Back Video