Fact: Musicians Bruno Mars, Ed Sheeran, and Joss Stone are adding their star power to America's first Rock In Rio festival next year (15). The famous Brazilian event will be held at Las Vegas' MGM Resort and feature previously announced headliners Taylor Swift, Metallica, No Doubt and John Legend, among others.

Quote: "I'm fine, my doggies keep me safe. It will be something to add to my tapestry of life and something to tell my grandchildren."British soul star Joss Stone refuses to be shaken by a plot to kidnap and murder her. The two thugs behind the foiled plan are now behind bars.

Quote: "At the end of the day, I'm a singer. We don't need all of that money. I've got my house, I can feed my dogs, I can play gigs. Life is good. I don't need to be a millionaire in order to be happy." Joss Stone just wants to be comfortable doing what she loves.

Quote: "Everyone smokes weed. I wouldn't believe anyone who says they don't." Joss Stone defends her marijuana habit.

Fact: British singers Leona Lewis, Joss Stone and Natasha Bedingfield took to the stage in London on Friday night (02Dec11) to raise money for a children's charity. The trio joined forces for the Angels In Concert benefit gig in aid of the Global Angels foundation, which helps disadvantaged youngsters across the world.

Quote: "It's an exciting project but it is so hard to get everybody together in one place. But the Olympics would be great, the perfect idea." Soul singer Joss Stone is keen to reunite her Superheavy bandmates, including Sir Mick Jagger and Dave Stewart, at next year's (12) Olympic Games in London.

Quote: "It did p**s me off a little bit because I thought, 'Great, now I've gotta get locks and it's gonna cost me loads of money, and I have to get all these bloody cameras and all this c**p...' and I didn't budget for that... I'm gonna send those b**tards the bill." Singer Joss Stone on the thwarted attempt to kidnap her at her home in the English countryside earlier this year (11).

Quote: "Yesterday I made a video with Super Heavy and it was lots and lots of laughs, and I would do it again a billion gazillion bajillion (sic) times over, and I hope that we're going to have a lot more fun in the future." British soul star Joss Stone had a blast shooting a promo as part of Sir Mick Jagger's supergroup, which also includes former Eurythmics star Dave Stewart, reggae superstar Damian Marley and Oscar-winning composer A.R. Rahman.

Fact: Ricky Martin and Joss Stone have recorded a new duet, called The Best Thing About Me Is You.

Quote: "I do think the British press has been unfair to me. OK, if I had cocaine hanging out my nose, or I'd been running around with my t**s out or my vagina all over the place, s**ging every man in the world, then OK, they'd have stories to tell." British singer Joss Stone can't understand why the media runs negative stories about her.

Quote: "You have got to have a lack of intelligence to do that to yourself. I think it's stupid. Amy's music is beautiful but she has to start loving the music more than she loves herself and the drugs." British singer Joss Stone slams troubled star Amy Winehouse.

Quote: "I've been called gay, pregnant and dating Nelly. None were true." Joss Stone dispels some myths about her.

Quote: "The thing about Anne of Cleves is, she was not supposed to be attractive. Anne, let's be honest, was described as quite frumpy and ugly. But hey, I did it! I did my best! They had no problem making me ugly. Lots of make-up!" Singer Joss Stone on transforming into KING HENRY VIII's homely wife for historical TV drama THE TUDORS.

Quote: "I had to take out my nose ring and the make-up man had to work real hard to cover my tattoos." Joss Stone on becoming KING HENRY VIII's fourth wife ANNE OF CLEVES for historical TV drama THE TUDORS.

Quote: "We don't hang out at the pub or anything, but we get on well and although they are the poshest people I know, they are so down to earth." British pop star Joss Stone on her friendship with PRINCES WILLIAM and HARRY.

Quote: "I'd like to be married spiritually one day, but contractually? I don't think so." Soul star Joss Stone snubs the idea of a conventional wedding.

Quote: "Many women in the public eye want to promote things like slimming pills and how to have bigger breasts. But I thought, 'Maybe I could promote chocolate, 'cos it tastes good.'" Soul star Joss Stone on her decision to become the first celebrity to promote Cadbury's Flake.

Quote: "A party is where you can puke in front of everyone in a the room and they'll be cool about it. That's a party." Soul singer Joss Stone believes she is the ultimate party girl.

Quote: "I was such a wuss. I put my hair over my face, sang a song and ran off the stage." British soul star Joss Stone recalls her first-ever public performance.

Fact: Joss Stone, Aimee Mann, LLOYD COLE and The Raconteurs star Brendan Benson will take part in an all-star tribute to the music of SIR Elton John at New York's Carnegie Hall in October (07). Each artist will perform a cover of one of Elton's hits.

Fact: The naked photographs of Joss Stone, Serena Williams, Lili Taylor and a pregnant Milla Jovovich in the final issue of Jane magazine were taken by Amanda De Cadenet.

Quote: "Of course, absolutely, wouldn't that be funny. Imagine what kind of princess I would make." British soul star Joss Stone dreams about a royal wedding with either Prince William or HARRY.

Quote: "A dameship would be hilarious. So funny. No, I would make an awful dame." British soul star Joss Stone laughs off speculation her close friendship with PRINCES WILLIAM and HARRY could secure her a future title.

Quote: "I had to convince Raphael - he's a little more conservative than I am." Joss Stone on appearing naked with producer Raphael Saadiq for the cover art of new album Introducing Joss Stone.

Quote: "I think I'll have to turn lesbian. Every girl my age wants to be in a relationship. I haven't had one in two years... I only wish I had something to tell the gossip columnists." British soul singer Joss Stone gets desperate for romance.

Quote: "In America they call them incense sticks. So when I called them joss sticks people thought I was being arrogant and talking about myself." British singer Joss Stone found some of what she says can get lost in translation in the US.

Quote: "I just don't want to fall down." Singer Joss Stone on why she performs barefooted.

Quote: "Bless her heart, she's gorgeous and everything, but it's not real music." Joss Stone on Paris Hilton's pop career.

Quote: "And I'm telling you now, so that it doesn't come as a shock to the world, that I am going to turn into a big fat heifer (large woman). It's going to happen. By the time I am 40 or 50, I am going to be huge." Soul singer Joss Stone lets everyone in on her future plans for fatness.

Quote: "A pint of Cobra and I'm happy. I love chocolate. I'm addicted to music. I also love cheese and onion pasties!" Joss Stone on her favourite vices.

Quote: "It's not what you'd expect. You don't always hear Joss Stone singing on a drum 'n' bass track, do you?" British rapper DIZZIE RASCAL was as surprised as anyone at his new collaboration with the soul singer.

Quote: "There were vocal performances I didn't feel were good enough." Perfectionist Joss Stone isn't a fan of her first two albums.

Quote: <p>"I want to be a midwife. It must be the nicest job. I don't want to just be a singer my whole life." Joss Stone doesn't rate her current profession. </p>

Quote: <p>"He said to me, `You melt us.' I don't know who `us' is, but I think it might be him and his little Miss ANGELINA." Joss Stone was thrilled when Brad Pitt expressed his love for her music at LIVE 8. </p>

Quote: <p>"They keep giving me lead roles, which is silly. I'd ruin it." Modest singer Joss Stone on the film offers she's getting. </p> 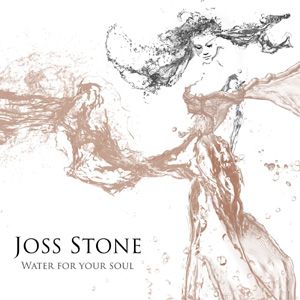