Kasabian's Tom Meighan has blasted this year's BRIT Awards for being ''awfully boring'' and claimed the music industry awards have become too ''corporate''. 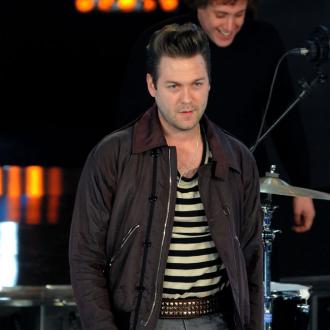 The frontman claimed the British music industry awards - which took place in London last month - have become far too ''corporate'' and politically correct, and he yearns for the days of rockers like Oasis causing havoc at the bash.

Speaking to BANG Showbiz at the Give It Up for Comic Relief fundraiser at London's Wembley Arena last night (06.03.13), he said: ''It didn't really cut it this year, did it? It was just awfully boring. Terrible. Not only am I thinking that, but everyone's thinking that.

''Everything's so corporate. It's not like... You know, people at the BRIT Awards when you had Oasis fighting Blur and Pulp upstaging Michael Jackson. That's not going to happen. We're too PC. Everything's set up and it's gotta run smooth.''

He said: ''Poor James Corden died a death again. I like him but it's not fair - they put him on the spot. I don't think he'll be doing it again.''

Proceeds from the event will help fight drug and alcohol addiction in Britain. Text ''GIVE'' to 70005 to donate £5.