Katie Price has taken to Twitter to blast Jodie Marsh as a ''wannabe Jordan'' after her rival mocked the 'Celebrity Big Brother' winner for having five children with three different men. 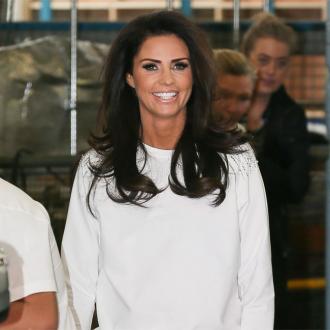 Katie Price has branded Jodie Marsh ''vile'' and attacked her for criticising her family.

Jodie re-started her long-running feud with Katie by claiming in an interview in Zoo magazine the 'Celebrity big Brother' winner is only famous now ''for having loads of different kids with different dads''.

Katie has been enraged by her comment and has taken to Twitter to savage her rival, telling Jodie's she's just a ''wannabe'' Jordan - her modelling alter ego - who made it her mission to bed her ex-boyfriends.

In the angry tweet, Katie ranted: ''To @JodieMarsh wannabe Jordan as Katie Price to classy for you !read and take note as I just entertained myself ... Jodie gone quiet digging my name up for a headline! For someone who use to say 'I'm natural' followed me having Boob jobs (vile ones) now wanting them out like me! your nose done (like a builders elbow) not like mine! You joke who is she of yeah the one with kids and different dads! Don't knock mothers like me there's lots of us! Didn't you go out with my ex's names written over body marking them out of ten after you shagged them (classy) Well you have shagged nearly all my leftovers and not one of them wanted you (gutted) (sic)''

Katie - who has five children, Harvey, 13, with Dwight Yorke, Junior, nine, and Princess, seven, with ex-husband Peter Andre and 18-month-old Jett and seven-month-old Bunny with current spouse Kieran Hayler - also mocked Jodie for being celibate, claiming she has to abstain from sex because no man wants her.

The 36-year-old star also urged Jodie to get together with her cross-dressing second husband Alex Reid, because she looks like a ''man in drag''.

In the post, Katie continued: ''Your celibate that's because no man actually wants you (gutted) and your celibate because no man actually wants you unless .. what did u quote before ... Your looking to pay for sex yuk!! I don't know any celebrity or man who finds you attractive! Your the most vile thing I've ever seen, your no model just look like a man in drag maybe you and alex reid would suit! Remember the fiver I paid u for dancing for my ex ha! Wind your beak in and get back in your box you'll never be me but keep trying (sic)''

''I will get mine reduced at some point. I don't want to be 50 years old with massive 32GG breasts, but I'll be doing that later on. I've said that all along - it's no secret!''