Simon Cowell and Lauren Silverman have welcomed a son on Valentine's Day. The baby was born in New York City at 5.45pm yesterday (14th February).

Simon Cowell and his girlfriend, Lauren Silverman, have welcomed their first child together on Friday (14th February). The baby, a boy, was born in New York at 5.45pm and weighed 6 lbs., 7 oz. according to People Magazine. The baby, whose name is yet to be released, is Cowell's first child. Silverman has an eight-year-old son from her previous marriage. Simon Cowell and Lauren Silverman in Los Angeles in December 2013.

The couple have been together since July last year when the news broke that Silverman was expecting the X-Factor judges' child. Silverman was married at the time to a close friend of Cowell's, Andrew Silverman. The couple soon separated and finalised their divorce in December. 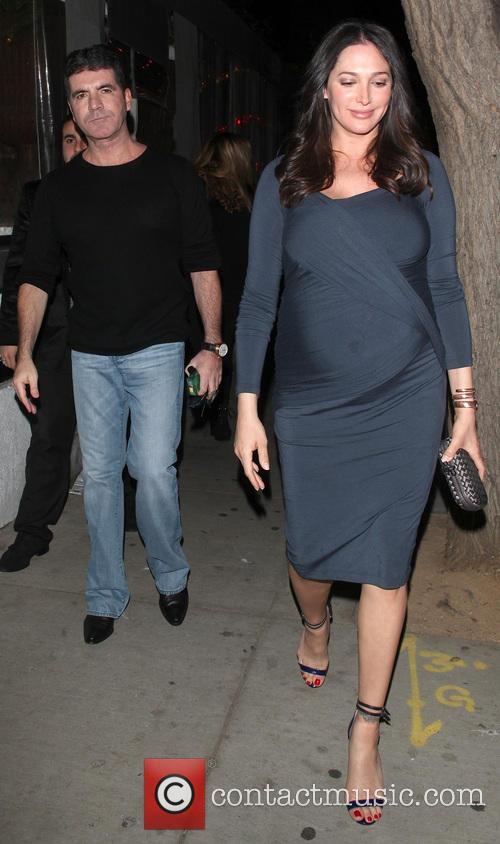 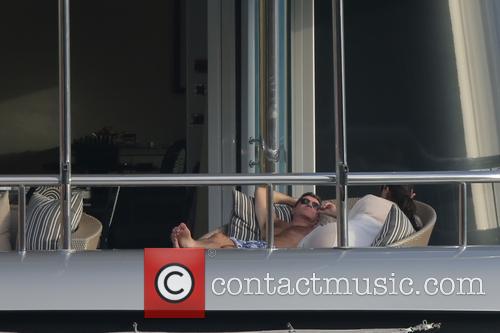 Simon Cowell and his ladylove stepped out together for the first time on a romantic getaway to the French coast.

After a month of gossip and criticism, Simon Cowell and girlfriend Lauren Silverman have finally found time for some much needed R&R. The couple were spotted (and photographed) strolling together on a getaway in St. Tropez this Friday. This is the first appearance the two have made together since the announcement of Lauren’s pregnancy. The two looked completely at ease in their holiday getup, while taking a trip to a nearby go-kart track. On Saturday, the couple was photographed again, taking a leisurely stroll on the beach. Things have evidently returned to normal, after the out-of-the-blue pregnancy caused some social media ruckus earlier this month. On Aug. 14, Silverman filed for divorce from her estranged husband, Andrew, and she and the X Factor judge have been in a full-on relationship since then.

Simon Cowell On Fatherhood And His Paternal Feelings For One Direction

Simon Cowell has confirmed he is having a child with New York socialite Lauren Silverman. The X-Factor judge appeared at the London premiere of One Direction's 'This Is Us' and discussed fatherhood.

Simon Cowell has confirmed he is having a child with Lauren Silverman. The X-Factor judge appeared in London to attend the premiere of One Direction's This Is Us. Speaking to a BBC reporter last night (20th August), Cowell said he was looking forward to becoming a father. Simon Cowell at the premiere of One Direction's This Is Us.

Cowell has been silent on the matter since the news broke at the beginning of July. He is expecting a child with New York socialite Lauren Silverman. Lauren Silverman is married to a real estate mogul, Andrew Silverman. However it is believed a divorce settlement has been reached and the couple will be divorcing shortly.

Continue reading: Simon Cowell On Fatherhood And His Paternal Feelings For One Direction

The alleged mother of Simon's unborn child ended things for good with her husband Andrew Silverman, whilst Simon continued to live out his bachelor lifestyle.

Simon Cowell enjoyed his annual trip to the south of France as though all was normal and peachy in the Cowell-verse, enjoying the sun and the sea with a host of beautiful women aboard his luxury, multi-million dollar yacht. Meanwhile, over in the United States, Lauren and Andrew Silverman were finalising the divorce that her alleged affair with Simon prompted, with the couple ending their marriage in an 'amicable' fashion. Andrew, 37, had initially planned on naming and shaming Simon and hoped to humiliate him in court, but backed out of the revenge plot for the sake of his and Lauren's seven-year-old son. Instead he is settling for a $10 million divorce settlement, which Simon is apparently funding himself, and has been given Si's word that he will cater for Lauren following the divorce.

Simon Cowell is attempting to keep his name out of the Silverman's divorce papers, following reports that Lauren Silverman is pregnant with Cowell's child.

Simon Cowell's lawyers are attempting to have his name removed from the divorce papers filed by Andrew Silverman. The papers refer to an alleged adulterous relationship between Cowell and Silverman's wife, Lauren. According to sources close to the former friends, Lauren Silverman is pregnant with Cowell's child. Simon Cowell arriving at The Arts Club, London in February of this year.

According to a source close to Lauren Silverman, Cowell was never good friends with her husband, as previous reports have suggested. On Cowell and Andrew Silverman's relationship, the source, speaking to the New York Daily News, said "the lawyers are working out an agreement to drop the adultery claims."

By Victoria Pavlova in Lifestyle / Showbiz on 04 August 2013

The story continues, albeit mostly in a "he-said-she-said" format.

The Simon Cowell/Lauren Silverman pregnancy saga continues with the Silverman family – Andrew and Lauren – throwing various allegations at each other. According to TMZ, Lauren Silverman, who, according to initial reports, cheated on her husband with Cowell, was upset at the allegations. Silverman claimed that her husband knew about the relationship from the get-go. Additionally, she reportedly felt unfairly chastised for her elicit relations, because Andrew himself “partied with girls all over the world.”

However, Mr Silverman’s camp was quick to deny all of his wife’s claims. TMZ spoke to a close friend of the real-estate magnate, who put down the claim that Silverman knew about the relationship as ridiculous. “She knows this isn’t true,” the source claimed about Lauren Silverman.

However, all of these rumors are, as of yet, unconfirmed, with Lauren Silverman’s lawyer issuing a letter, in which he claims a lot of the comments attributed to his client are “inaccurate.” The legal rep also explains that Lauren and Andrew would like some privacy during their divorce. Again according to TMZ, the estranged spouses have been spending some time apart, in order to figure things out and provide a normal environment for their child. Meanwhile, as the media storm spins around the Silvermans, Simon Cowell is yet to comment on the news that Lauren is pregnant with his child.

Simon Cowell has been named in divorce papers filed recently by Andrew Silverman. If reports regarding the papers are true, Cowell committed adultery with Lauren Silverman, Andrew's wife. Numerous sources have claimed Lauren is pregnant with Simon's child, although this remains unconfirmed.

Simon Cowell has been named by Andrew Silverman, in divorce papers, accused of sleeping with and impregnating his wife, Lauren Silverman. Numerous reports suggest Cowell is the father of Silverman's unborn child. The New York socialite is married to real estate mogul Andrew Silverman, however their relationship seems to have been on the rocks for quite a while. Lauren Silverman is, allegedly, 10 weeks pregnant with Cowell's child. Should the adultery be proved, the Silvermans and Cowell will have to take DNA tests in order to ascertain the identity of the child's father.

Is Simon Cowell Going To Have First Child With Married Socialite?

X Factor judge Simon Cowell is reportedly set to become a first time father and now the mother, divorced from her husband, wants to be with him.

If the rumours are true, Simon Cowell could be in a rather tricky situation. His already married lover Lauren Silverman has stepped forward to say that the 10-week baby she's carrying is not only the X Factor judge's, she apparently also has told friends that she wants to marry him. The 36 year-old, who doesn't seem to have a job other than socialite, was married to real estate executive Andrew Silverman from whom she has recently divorced.

Continue reading: Is Simon Cowell Going To Have First Child With Married Socialite?

Simon Cowell is reportedly expecting a baby with a married New York socialite, Lauren Silverman. According to sources, Silverman is 10 weeks pregnant with Cowell's child. However, neither party has commented on the reports.

Simon Cowell is expecting a baby with Lauren Silverman, a New York socialite, according to sources close to the couple. Simon Cowell outside the Landmark Hotel in London.

The X-Factor judge is reportedly expecting a baby with the estranged wife of his friend Andrew Silverman. The woman, Cowell has allegedly, impregnated is New York socialite Lauren Silverman. The Silvermans are currently in the process of divorcing although they are yet to finalise their separation. 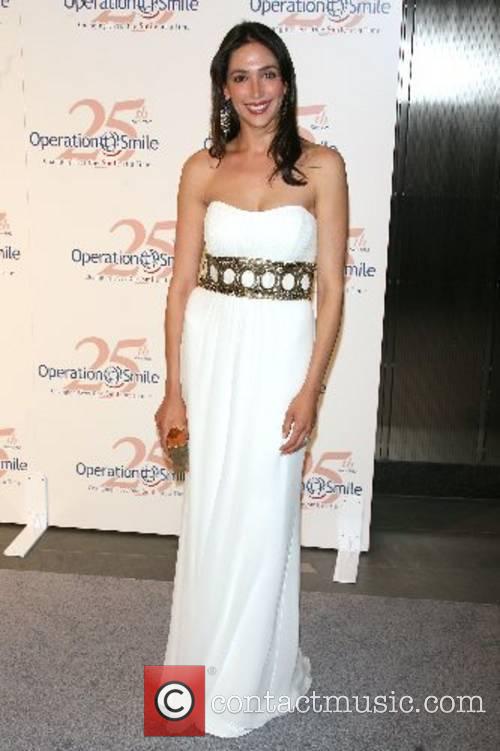