50 Shades Of Grey Director Confirmed – Now How About Some Actors?

We can't wait for more movement on this 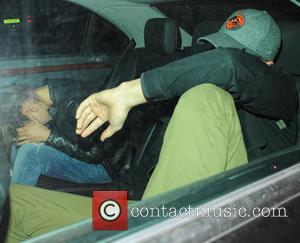 At last, the 50 shades film has some progress to speak of: Sam Taylor-Johnson has been confirmed to helm the cinematic adaptation of the literary powerhouse. Now, after months of rumours, we need some actors to commit to the roles. "I am excited to be charged with the evolution of Fifty Shades of Grey from page to screen," Taylor-Johnson said.

"For the legions of fans, I want to say that I will honour the power of Erika's book and the characters of Christian and Anastasia. They are under my skin too." Producer Michael De Luca praised the director's "unique ability to gracefully showcase complex relationships dealing with love, emotion and sexual chemistry". He added: "EL James's characters and vivid storytelling require a director who is willing to take risks and push the envelope where needed and Sam is a natural fit." We’re satisfied with that choice: Taylor-Johnson directed the great Nowhere Boy, which chronicled the life of John Lennon. But now that she’s confirmed to direct the film, we can’t wait to find out who’s going to play the main characters in the film.

Christian and Anastasia have had many rumoured actors mooted to fill their boots; both Mila Kunis and Emma Watson were thought to be in contention for the role, but both have since dismissed that speculation. Ryan Gosling was rumoured to play Christian, but he too has said no. Samuel Taylor-Johnson has a big job on her hands Mila Kunis was rumoured to star in the film