Mila Kunis is set to star in Netflix's adaptation of 'Luckiest Girl Alive'.

The 'Bad Moms' star has bagged a role in the upcoming flick and will also produce via her Orchard Farm Productions banner.

Jessica Knoll is adapting her own script from her own 2015 novel of the same name.

The plot follows Ani FaNelli, a sharp-tongued New Yorker who appears to have it all: a sought-after position at a glossy magazine, a killer wardrobe, and a dream Nantucket wedding on the horizon. But when the director of a crime documentary invites her to tell her side of the shocking incident that took place when she was a teenager at the prestigious Bradley School, Ani is forced to confront a dark truth that threatens to unravel her meticulously crafted life.

Deadline reports that 'The Handmaid's Tale' helmer Mike Barker is on to direct the mystery drama.

News of Mila's latest role comes off the back of the 37-year-old actress starring alongside Allison Janney in dark comedy drama 'Breaking News in Yuba County' as Nancy.

The film follows Allison as a wife who catches her husband in bed with a younger woman, causing him to die of a heart attack.

Instead of reporting the crime the wife decides to bury the body in the garden and pretend her husband is missing.

While enjoying the celebrity status she gains after reporting her husband missing, she finds herself dodging police and criminals, all while trying hide the truth, especially from her half- sister (Mila) who happens to be a local news anchor desperate for a good story and a strong-minded local police detective (Hall) who suspects her of committing a crime. 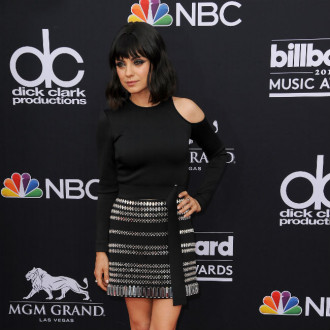