The 'Orange Is The New Black' actress has landed a guest role on the hit HBO comedy. 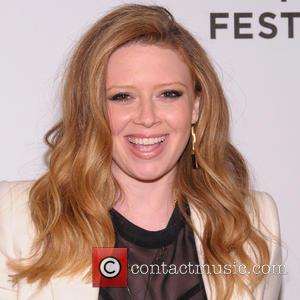 Natasha Lyonne has been revealed to be guest starring in the fourth season of HBO's comedy-drama, Girls. The Orange Is The New Black actress will be bustin' outta Litchfield to make an appearance as a character named Rickey on the streets of Brooklyn alongside Lena Dunham and co. in next year's season, confirms TV Line.

HBO would only confirm that Lyonne was set to join the cast but wouldn't offer any more details regarding the nature of her role or when we can expect her to appear. The 35 year-old TV star is the latest in a line of actors announced to be guesting on Dunham's show.

Lyonne will be joined by fellow Season 4 guest-stars Zachary Quinto ('American Horror Story'), Gillian Jacobs (Community), Gossip Girl maid Zuzanna Szadkowski, and Jason Ritter ('Parenthood'). Some of whom will feature in single-episode slots; others will have a recurring role.

Most recently seen in the Netflix prison comedy-drama, Lyonne is also known for her roles in Law & Order: SVU, New Girl and Weeds. She's a few years older than the 20-something actresses playing the core group of friends, meaning that she could appear as Hannah's boss, as Jenna Lyons memorably did in season three.

More: What can we expect to see in 'Girls' season four?

The new season will see Hannah embark on the Iowa writers' graduate school program that became a focus of the season 3 finale, so Lyonne could be playing a lecturer at the college or a fellow writing student.

Elsewhere, we know that the fourth season is likely to return to the 10-episode format as opposed to S3's lengthier 12. Meanwhile, Andrew Rannells, who plays Hannah's ex Elijah Krantz, is being promoted to series regular. Despite being busy filming the new Star Wars movie, male lead Adam Driver will reportedly remain a regular.

The fourth season of Girls will premiere in early 2015. Natasha Lyonne Will Be Guest Starring In The Upcoming Fourth Season Of 'Girls.' }
Lena Dunham's Character, Hannah, Will Be Headed Back To University In The New Season.