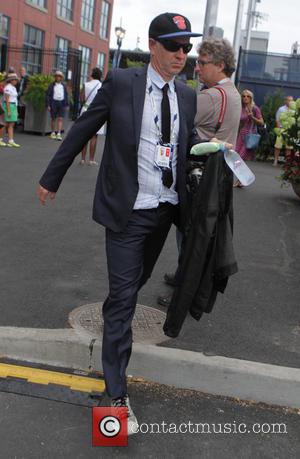 Paul Simon paid tribute to his late friend Phil Everly by performing at an intimate benefit concert in Nashville, Tennessee on Wednesday (29Oct14).

The veteran singer/songwriter was recruited by Everly's wife Patti, who organised the private event and had no one else in mind but Simon for the headlining role.

She tells Rolling Stone, "Phil loved hanging out with Paul and telling their stories when they toured together. And Paul loved Phil so much. So how can you not call Paul for your first choice? He starts playing and the world stops."

Simon, who helped reunite Everly with his brother Don for Simon & Garfunkel's Old Friends Tour in 2003, was introduced to the stage by singer Brenda Lee.

He kicked off the eight-song set with the classic The Sound of Silence, and soon followed with other favourites, including Me and Julio Down by the Schoolyard, The Boxer, Mrs. Robinson and a cover of the Beatles' Here Comes the Sun.

Simon even brought up Lee to join him for All I Have to Do Is Dream, and his rendition of When Will I Be Loved, which was written by Everly, brought tears to Patti's eyes.

The event was held at the Belle Meade house, which is featured on U.S. country music drama Nashville, and the show's stars, including Charles Esten, Sam Palladio, Jonathan Jackson, Chris Carmack and Charley Rose were present for the event.

Proceeds from the concert went to the Copd (chronic obstructive pulmonary disease) Foundation, an organisation which raises funds and awareness for the same disease Everly died from earlier this year (Jan14).