Saxophonist Phil Woods Has Died At The Age Of 83. 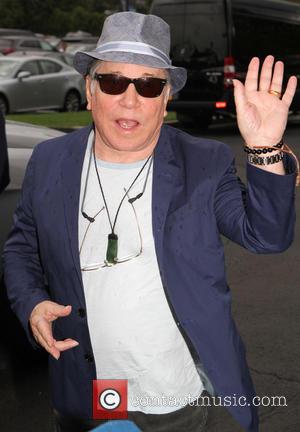 A celebrated jazz alto sax player, Woods was a bandleader and session man, who played on classic tracks recorded by Billy Joel and Paul Simon.

Mentored by jazz legend Dizzy Gillespie, Woods' sax can be heard on Joel's Just The Way You Are and Paul Simon's Have a Good Time, as well as Steely Dan's Doctor Wu.

Reports suggest he passed away on Tuesday (29Sep15) from complications caused by emphysema.

Woods was performing right up until his death - his last gig was a tribute to his hero Charlie Parker in September (15), when he played with an oxygen tank by his side. He announced his plans to retire from performing at the end of the show.

Born in Massachusetts in 1931, Woods began playing saxophone at the age of 12. He studied at Juilliard and landed a career break in the mid-1950s when Quincy Jones urged Gillespie to take the young sax man on tour.

Woods moved to France and led the European Rhythm MAChine.

He was named a Jazz Master by the National Endowment for the Arts in 2007.