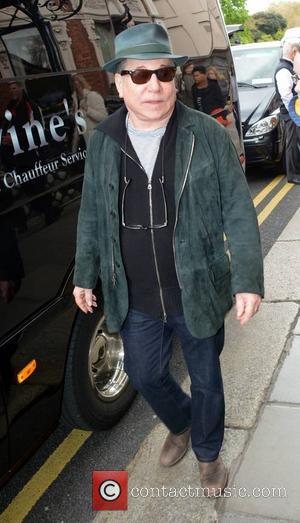 Veteran musician Paul Simon has teamed up with U2 rockers Bono and The Edge to help fund a special memorial to late poet Seamus Heaney at Ireland's Dublin Airport.

Simon was the guest of honour on Wednesday (23Apr14) as he joined a group of Heaney's friends and family members at the airport's Terminal 2 and officially unveiled a large Aubusson tapestry, titled Out of The Marvellous, designed by artist Peter Sis and commissioned by Amnesty International bosses to honour the memory of the acclaimed writer, who was a longtime supporter of the human rights organisation.

Speaking at the presentation, Simon said, "How wonderful that the memory of Seamus Heaney be celebrated with a work of art. It speaks not only to the great affection with which his country holds him but also to a love of poetry that is a sacred part of the Irish soul. Travellers would do well to carry Seamus Heaney's words with them as they journey around the globe. He was, truly, a poet for all the world."

Heaney died last summer (13) and the U2 bandmates were among the mourners at his funeral in September (13).