Peter Capaldi has confessed he avoided ''disappointment'' in 1996 by refusing to audition for the role of Doctor Who in a TV movie. 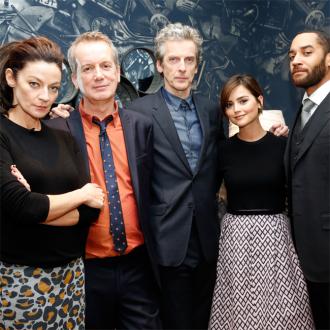 Peter Capaldi turned down an audition to play Doctor Who to avoid ''disappointment''.

The 56-year-old actor recently completed his first series playing the titular Time Lord in the BBC One sci-fi series and he's confessed it wasn't the first opportunity he was given to take on the role, as he turned down an audition for the 1996 TV movie.

He explained: ''I turned down the opportunity to audition for the role of Doctor Who in the one that Paul McGann did.''

''I knew I wouldn't get it. I just didn't want to have the disappointment, and go through all the palaver of jumping through hoops for something that I would never get ... I knew it was an American pilot thing, and I knew they would go for somebody who was well know, which Paul was.''

The Scottish star also confessed he was worried taking on the role himself would ruin the magic of a show he loved so much.

He added: ''I loved the show so much that I didn't want to have anything to do with it was going to be me!''

Moffat also confirmed that Peter will be making a return for the 9th series of the show, saying: ''Yes, he's confirmed.''