The series is thought to be arriving in 2020.

This summer saw the announcement of a new 'Dracula' series by 'Sherlock' showrunners Steven Moffat and Mark Gatiss, and it's now been confirmed that the show has been given the greenlight by BBC One and Netflix. We could be looking at the most exciting vampire series since 'Buffy'! The program will be airing on the BBC network in the UK and Netflix elsewhere, though no premiere date has been announced as of yet. It has previously been claimed that it might not appear on our screens until as late as 2020, but the writing duo have been working on the script since January/ February this year.

Peter Capaldi's version of The Doctor comes to an end on Christmas Day.

An exciting new regeneration is heading the way of 'Doctor Who' fans, as Jodie Whittaker becomes the first female-bodied version of the alien Doctor. Whilst a small but vocal minority of the show's fan base are against the character being played by a woman, the move made was one celebrated by millions across the world. It certainly seems like a step in the right direction for one of the planet's biggest sci-fi franchises. Planned along with the passing of the reins from current showrunner Steven Moffat to incoming showrunner Chris Chibnall, the move is one made by the latter rather than Moffat deciding to bring in a woman before he left. Bringing a female to the front of the series was something Moffat had mulled over, but now he's told why he didn't put anything in place.

Continue reading: Steven Moffat On Why He Didn't Cast A Female In 'Doctor Who'

The long-time 'Doctor Who' showrunner has already seen Whittaker's first scenes in the sci-fi series.

Earlier this year, the first female actor to fill the role of the Doctor in 'Doctor Who' was announced, as Jodie Whittaker revealed she would be taking the reins from Peter Capaldi when he hangs up his coat during this year's Christmas special. Though there were a minority of viewers outraged at the decision to have a woman fill the role for the first time, the majority of those who heard the news were excited about the direction the series could be taking. Steven Moffat is the current showrunner on 'Doctor Who'

Now, some exciting words about Whittaker's first scenes as the Doctor have been revealed by current but outgoing showrunner Steven Moffat, who says that the actress is "brilliant" in the role.

Moffat addressed the backlash directed against the new Doctor's assistant Pearl Mackie after she announced her character would be gay.

‘Doctor Who’ writer Steven Moffat has dismissed the controversy that greeted the recent news that the Timelord’s assistant will be a gay woman as “nonsense”, saying that the move was the “minimal level of representation” that TV should be making.

Cast newcomer Pearl Mackie, who is to play Bill Potts in the tenth series of the revived BBC sci-fi favourite later this month on April 15th, revealed earlier this week that her character will be the Doctor’s first openly gay companion.

However, addressing the backlash, the Guardian reports on Wednesday (April 5th) that he doesn’t understand “all the fuss” that was made after Mackie’s announcement. 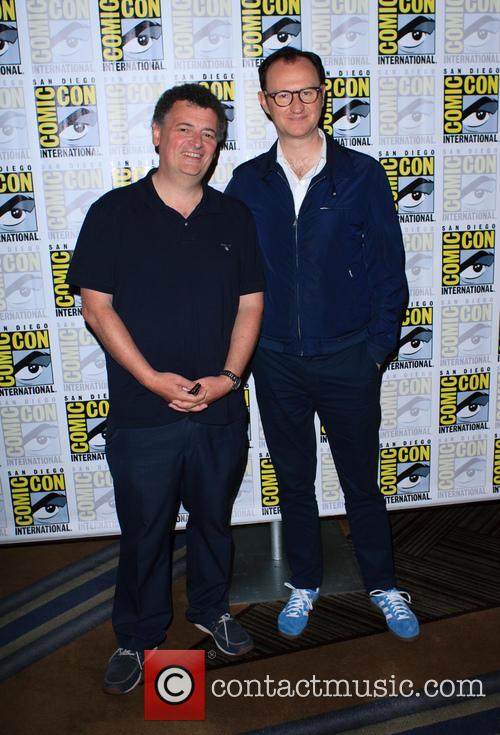 What You Need To Know About Sherlock Special 'The Abominable Bride'

The first 'Sherlock' episode to be set in Victorian London.

By now, fans are used to being drip fed episodes of 'Sherlock' - what more can you expect with two award-winning Hollywood actors in the lead roles? - but ever since Steven Moffat and Mark Gatiss revealed the Victorian theme of the next Christmas special, fans have been gasping with thirst. Now, the official title has been announced! Alongside a launch date (alas, AFTER Christmas). And yet, we're still rather in the dark about what to expect. Here's what we know so far:

Continue reading: What You Need To Know About Sherlock Special 'The Abominable Bride'

Benedict Cumberbatch Nearly Turned Down The Part Of Sherlock Holmes

When he was offered the lead role in the runaway hit series 'Sherlock', the actor was initially minded to say no.

It’s the role that turned him into an international phenomenon, but Benedict Cumberbatch has revealed that he initially came close to turning down ‘Sherlock’.

The English actor, who is currently juggling new fatherhood with playing the lead in ‘Hamlet’, admitted in an interview with CNN’s ‘Talk Asia’ news program on Friday (September 4th) that he had quite a few reservations about accepting the role of the ingenious detective because of the massive fame he thought the “populist role” would bring. He certainly turned out to be correct in that assumption!

The showrunner gave little away about the upcoming special episode during the TCA press tour.

‘Sherlock’ showrunner Steven Moffat has revealed that Benedict Cumberbatch’s character will be a little different once he’s transported back to the Victorian era in the show’s upcoming Christmas special. Speaking during the TCA press tour on Saturday, the writer gave away precious few details about the episode which sees Sherlock and Watson back in Victorian London. Sherlock and Dr Watson in the upcoming Victorian special.

When asked how the new setting might change Sherlock’s character Moffat said, “Sherlock is a little more polished. He operates like a Victorian gentleman instead of a posh, rude man. He’s a lot less brattish.” But as for Dr Watson, being back in Victorian Britain will cause Martin Freeman’s character to be ‘more uptight’, according to Moffat.

The ‘Game of Thrones’ actress will guest star on the series next season.

Ever since ‘Game of Thrones’ actress Maisie Williams was announced as a guest star for the new season of ‘Doctor Who’, fans have been impatiently wondering who her character could be. But now showrunner Steven Moffat has opened up a little about what fans can expect when the young actress appears in the series later this year. 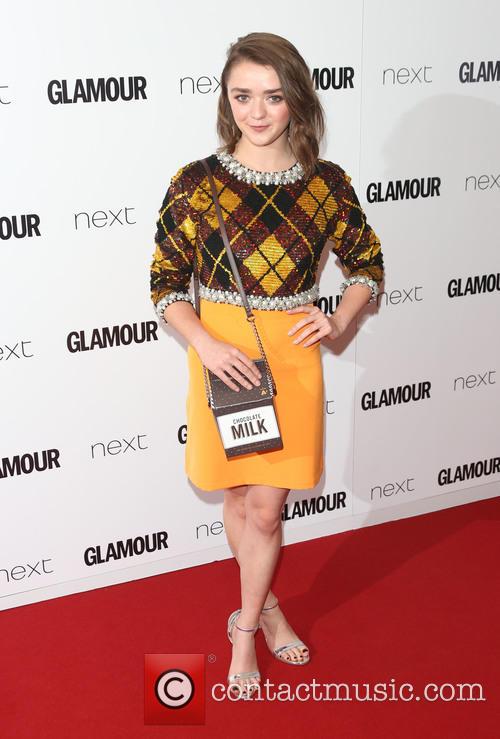 Appearing at the Television Critics Assn. press tour in Beverly Hills Moffat was asked by the crowd who Williams is playing. Naturally the show runner didn't give too much a way but he did shed a little light on what fans have to look forward to. The stand-alone episode is rumoured to be airing round the Christmas period in 2015.

The BBC has given ‘Sherlock’ fans a little taster of the series’ upcoming Victorian special, releasing a picture of its two stars Benedict Cumberbatch and Martin Freeman dressed in period costume.

The picture shows Cumberbatch in a pretty severe and smart-looking waistcoat and suit reclining in a leather armchair, while a moustachioed Freeman is leaning against the chair and standing up.

The BBC released this image from the forthcoming 'Sherlock' Victorian special