The 'September Song' hitmaker JP Cooper has admitted he doesn't think his music sounds similar to Rag 'n' Bone Man - despite people comparing the two together.

The 33-year-old 'September Song' hitmaker has often been compared musically with the 'Human' singer, whose real name is Rory Graham, but JP claims he doesn't care about comparisons as they are both ''in the industry''.

Speaking exclusively to BANG Showbiz, the singer, whose full name is John Paul Cooper, said: ''I think we're two of the people in the industry at the minute who are making good, honest, soulful, organic music.

If there was a box that up-and-coming artists could mark, to opt out of the various 'Next Big Thing' awards that are doled out annually, I wonder how many artists would happily tick it. Having just one click to banish the hype and hoopla of being the face in the media spotlight is surely a tempting prospect. Rag'n'Bone Man's runner-up spot (he's only human) in the BBC's 'Sound of 2017' and his double Brit Awards (Critics' Choice and Breakthrough Artist) have thrown a whole extra tranche of expectation his way recently. We should rightly be excited by that voice of his, possessing such a resonant, seismic, brick-sh*thouse, canbelto growl. It exudes the blues. And he is from the deep South (of England).

On his debut album, "Human", however, the blues just sound a tad too beige. Rather than winning Brit Awards, it's as if he's won the X Factor and he's been James Arthured. Some of the lauded cutting edge has been conspicuously blunted. Producers have buffed and polished the tracks to within an inch of their lives, tracks which (with few exceptions) could easily be a platform for a whole invasion of Ronans. Mid-tempo unrequited love "Skin" could easily be a tv-talent winner's song, its big chorus creaking in with familiar tropes, like "When my skin grows old and my breath runs cold, I'll be thinking about you".

Title track, "Human" is the high point. His gruff bass, given unadorned prominence, serves up the lyrics' haunted angst impeccably, adorned by similarly moody heavy beats. It's also the first song, so "Don't put the blame on me" ends up being too prophetic a disclaimer, in terms of where the album is heading after that. "Grace" sounds like an old friend, a comfortable, downtempo version of the non-ravey bit of "Wake Me Up" by Avicii. He sounds most at home on "Ego", where he both rasps and raps, but a silly, superimposed brass section detracts. "Bitter End" has a pleasingly rumbling Massive Attack thump somewhere at the bottom of it and the vocals on "Love You Any Less" deserve less distracting instrumentation and slightly less predictable lyrics.

Rag'N'Bone Man: Why I'm Only Human After All

By Holly Williams in Music / Festivals on 21 February 2017

He's not afraid that he's going to mess up sometimes.

Rag'n'Bone Man is the artist on everybody's lips at the moment and it's not just his awe-inspiring voice that's got him there; it's the authentic charm and humble talent that has drawn everyone to buy his number one debut album 'Human'. It's the fact that he's not perfect. When you look at Rag'N'Bone Man (real name Rory Graham) you see a big, bearded, tattooed Brit who looks more like a bouncer than a soul-singing sensation. But that's exactly what the music industry needs right now; someone to break away from the sparkling veil of classic fame.

Continue reading: Rag'N'Bone Man: Why I'm Only Human After All

It comes ahead of the release of his debut album.

UK singer-songwriter Rag'n'Bone Man has just unveiled a sensational new track entitled 'Skin', ahead of the release of his debut album 'Human'. It comes ahead of the 2017 BRIT Awards, where he has been nominated following the incredible success of his song 'Human'.

The new song, which is another chilled, soaring number that brings the very best out of the singer's impressive vocals, will be made available instantly to all who pre-order the new album. It follows the album's title single, which reached number two in the UK charts and topped the iTunes charts in 33 countries.

Six new bands and artists who are being tipped for great things in 2017.

Although the music industry seems to become increasingly conservative every year, December at least encourages it to look forward and speculate who might break big over the following twelve months.

Here’s six new artists whom many industry insiders, both from the major label and independent scenes, are pinning their hopes on for 2017.

Continue reading: Six New Artists To Look Out For In 2017

They’ve held the number one spot for six weeks already, and Clean Bandit are clinging on as the festive chart approaches.

The battle for this year’s Christmas number one is reaching its final stages and it looks as if Clean Bandit might just clinch it.

The Cambridge trio have already spent six weeks at the top spot with ‘Rockabye’, but according to the Official Chart Company they’re still 4,000 copies ahead of their nearest rival.

This year’s festive chart will be announced on Friday and currently it’s a three horse race between Clean Bandit, Little Mix with ‘Touch’ and Rag ‘n’ Bone Man, who is currently in second place with ‘Human’.

Continue reading: Will Clean Bandit Be This Year's UK Christmas Number One?

The up-and-coming artist has an upcoming album.

British singer-songwriter and 2017 BRITs Critics' Choice Award shortlister Rag'n'Bone Man has finally announced the release of his debut album 'Human' which will arrive next year. The offering follows the release of his lead single of the same name back in July.

The Brighton artist, whose real name is Rory Graham, is following up July's single release 'Human' with a 12-track album of the same name produced by Two Inch Punch, Jonny Coffer and Mark Crew - the deluxe version of which features an additional seven tracks including his previous singles 'Healed' and 'Wolves'. 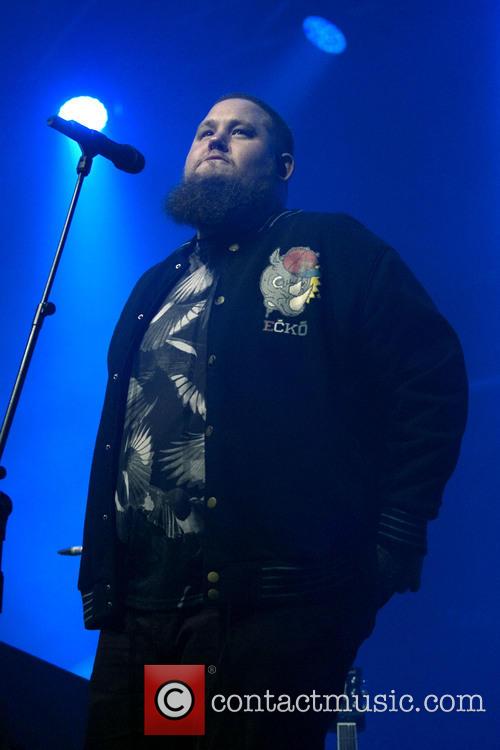 Rag'N'Bone Man: Why I'm Only Human After All