The singer had been the subject of reports of bizarre behaviour at the end of last year, and he's subsequently been diagnosed as suffering from bipolar disorder.

It’s been a rough year for former Creed frontman Scott Stapp, who has today revealed that he’s been diagnosed with bipolar disorder and says “I’m lucky to be alive”.

The 41 year old former frontman of the popular rock band, who were at their biggest in the early noughties, made headlines in November last year with a lengthy video he posted to Facebook (now removed) claiming that he was broke, homeless, and “under some kind of pretty vicious attack” from the IRS and other forces. Scott Stapp has lost custody of his three children after a judge in Florida ruled in favour of his wife.

Scott Stapp has lost custody of his children, according to a report on an entertainment website. A judge in Florida has ruled in favour of Stapp's estranged wife Jaclyn allegedly due to growing concerns about his mental well-being. Read More: Remember Creed? Yeah, The Singer Is Living At A Holiday Inn.

By Stephanie Chase in Music / Festivals on 13 December 2014

TMZ has obtained an audio recording of the singer’s wife in which she claims her husband as threatened to assassinate President Barack Obama.

The strange and troubling saga of former Creed frontman Scott Stapp is continuing to play out in the media, as TMZ has released an 911 call made by the singer’s estranged wife Jaclyn.

In the tapes Jaclyn and her sister tell the dispatcher that Stapp thinks he's part of the CIA, saying, "He thinks they're trying to kill him, and he has a bunch of paperwork in his backpack that he's a CIA agent and he's supposed to assassinate Obama.”

Scott Stapp's estranged wife has filed for divorce and has reportedly requested a judge commit Stapp into a psychiatric facility whilst he copes with his alleged substance abuse.

Scott Stapp, the former front man of US rock band Creed, is facing divorce proceedings. His wife, Jaclyn Nesheiwat, has suggested he spend 60 days in a psychiatric facility in order to detox.

Remember 'Creed'? Yeah, The Singer Is Living At A Holiday Inn

Creed may well have sold 30 million albums in the United States but it has been revealed that singer Scott Stapp is completely broke and currently living at a Holiday Inn. According to Stapp, he recently checked his finances and found that his money had been secretly stolen from him.

"About eight weeks ago, I began an audit of not only my record company but my personal finances," Stapp told Rolling Stone. "During the course of that audit, a lot of things were uncovered. A lot of money was stolen from me, or royalties not paid, and that's when all hell began to break loose."

Continue reading: Remember 'Creed'? Yeah, The Singer Is Living At A Holiday Inn

The 41 year old singer has claimed fraud and IRS actions are to blame for his situation, and has reassured fans that he's not abusing drugs.

Scott Stapp, the lead singer of the Grammy Award-winning rock band Creed, has posted a video to his Facebook page on Wednesday claiming that he’s “penniless” and living in a Holiday Inn.

The 41 year old singer stated that he was under “some kind of pretty vicious attack” and has countered to renewed claims of drug abuse by seeking to get blood and urine samples as proof of his sobriety. In the video, Stapp states that things started to go downhill two months ago when he conducted an audit of his and his band’s finances, culminating in the IRS freezing his bank accounts and leaving him close to broke. Things came to a head when he was forced to live in his truck and didn’t have enough money to eat for two days. 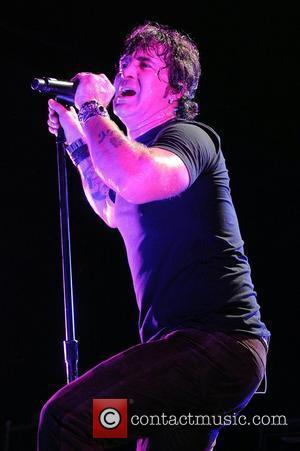 Remember 'Creed'? Yeah, The Singer is Living at a Holiday Inn 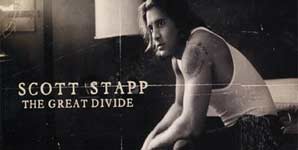