Ice Cube and Kevin Hart reteam for a sequel no one really asked for, following up their lacklustre 2014 action-comedy with a film that's even lazier. While the first one at least had a sense of pacing, with humour that sometimes tipped from idiotic to mildly funny, this movie wastes its cast and premise on a series of witless action sequences, dopey slapstick and contrived relational touches. It's only watchable because Hart is able to make the most undemanding audience members chuckle now and then.

After proving that his video-gaming skills were useful in police work, Ben (Hart) has completed police academy and is working as a rookie, shadowing tough-guy detective James (Cube), whose sister Angela (Tika Sumpter) is marrying Ben in just a week. But before that happens, James and Ben head to Miami to follow a lead in a drug case they're working on. Alongside local tough-girl detective Maya (Olivia Munn), they track down a hacker (Ken Jeong) who has proof that local philanthropist Antonio (Benjamin Bratt) is actually a notorious global black market dealer. To prove that, they have to dive into a series of car and boat chases, plus heists and shootouts that never seem to go the way anyone expects.

The underlying story is exactly the same as the first film: James is trying to prove that Ben is an idiot, while he is actually softening James' rough edges. The difference here is that they know each other a bit better, so are more effective at getting under each others' skin. This means that they're even less likeable than before, and even Hart's non-stop comical chatter is more annoying than it is amusing. There are moments when Hart adds a tiny detail that elicits a smile from viewers, and some of his physical antics are so ridiculous that it's difficult not to giggle, but most of that is simply because it's unbelievable that the filmmakers thought any of this was genuinely funny.

The cast of Cinderella bowed out alongside former star Sherri Shepherd.

It was a sad day for fans of Broadway's most extraordinary rendition of Rodgers + Hammerstein's 'Cinderella', as the show finally bowed out in its final curtain call on Sunday. Actors looked tearful as they neared the end the previous night (January 3rd 2015). The Tony award winning musical saw 'Joyful Noise' actress Keke Palmer in the role of Ella; a stunning choice, and she became the first ever black actress to land the role when she signed on for it in 2014. The show marks her debut in theatre and she certainly looked the part as she showed off her huge white princess dress on stage, her eyes brimming with tears as Cinderella finally lands the future of her dreams.

Former 'The View' co-host Sherri Shepherd was spotted signing autographs outside a Broadway theatre in New York, during her run of a new 'Cinderella' show in which she plays the eponymous character's wicked stepmother. She stars alongside Keke Palmer, who was named the very first black woman to play the popular fairytale princess on Broadway.

The 47 year-old TV personality will play the evil stepmother in the Broadway production.

It seems Sherri Shepherd will not be out of work for long, once she has left her co-hosting duties on 'The View,' the 47 year-old comedienne will be headed to the stage to make her Broadway debut in 'Cinderella.' Shepherd will play the evil stepmother in the Broadway play

On Tuesday's episode of the ABC daytime talk-show, the departing host announced that she will be starring as Madame, the evil stepmother in Roger and Hammerstein's version of 'Cinderella,' with showings scheduled to begin on September 9th. The former co-host of the talk show was initially "shocked" by her close friend's decision to walk away from the position she has had since 2007.

Sherri Shepherd's sudden decision to leave 'The View' isn't just a surprise to the viewers.

Elizabeth Hasselbeck, who co-hosted the daytime program from 2003 until 2013, was also "shocked, in some ways," at her former colleague's departure.

The 37 year-old TV personality spoke of Shepherd's sudden career move while hosting 'Fox & Friends' on Friday morning (June 27th), and explained, "you know, I'm sure, even though you think that might happen someday, I'm sure it would come across to be a shock." Sherri Shepherd is involved in a custody battle with her first husband, comedian Jeffrey Tarpley. Tarpley has claimed she is a neglectful mother in documents filed in April.

Sherri Shepherd, the actress and host best known for her appearances on talk show The View, has been accused of being a neglectful mother. Her ex-husband, Jeffrey Tarpley, has made the accusations and is hoping to gain full custody of their child. Sherri Shepherd's ex-husband is suing for custody of their 9-year-old son.

Tarpley lives thousands of miles away from his son in New Jersey, whilst his ex-wife and son reside in Los Angeles. Whilst he still apparently sees his son, also called Jeffrey, his visits are short and he believes he needs full custody of Jeffrey in order to care properly for him.

Continue reading: Sherri Shepherd's Ex-Husband Sues For Custody And Claims She Is A Neglectful Mother 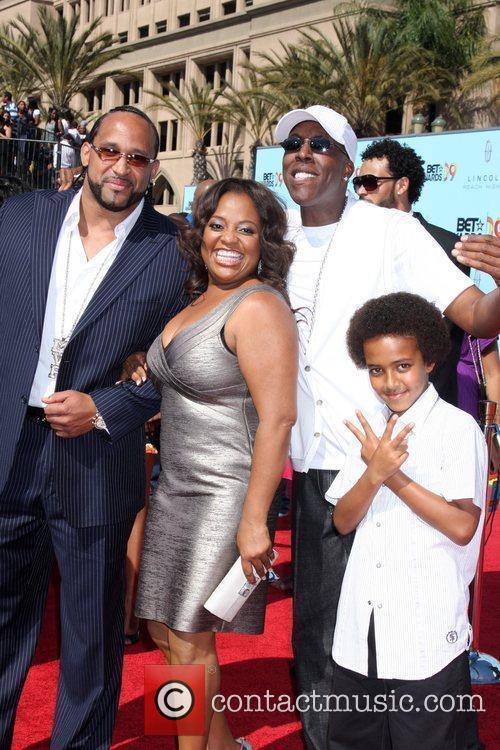 Sherri Shepherd Monday 23rd June 2008 co-host of 'The View' visits with The Chippendales at the Rio Hotel and Casino Las Vegas, Nevada 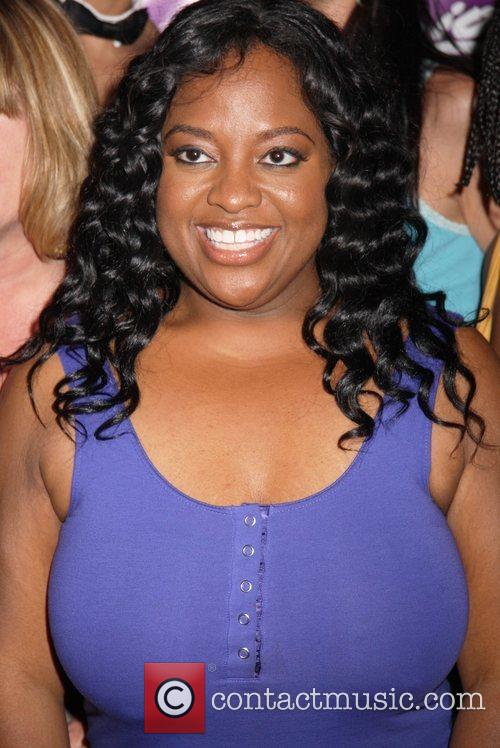