Condolences have been flooding in from all over the world of rock and metal. 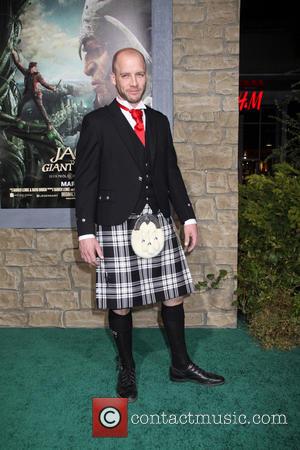 Over a week after Jeff Hannemann’s death on May 2, his bandmates from Slayer remember the late guitarist in statements, published on the band’s website. On Thursday, the band’s other members, Tom Arraya and Kerry King recalled some of the good times they’d had with Hannemann, who died at 49 of alcohol-related cirrhosis.

"When we first formed Slayer, we used to rehearse all the time, religiously, 24/7," Araya explained in his statement. “Jeff and I spent a lot of time hanging out together, he lived in my father's garage which was also our rehearsal space."

He added, "When he got his own apartment, he had an 8-track and I would go there to record songs I'd written, not Slayer songs, other stuff I'd written. At a certain point, you still have the band but you start your own lives outside of the band, so that 24/7 falls to the side, you don't spend as much time together as you once did. I miss those early days."

Kerry also had some fond memories to share. "I had so many great times with Jeff," he said. "In the early days when we were out on the road, he and I were the night owls, we would stay up all night on the bus, just hanging out, talking, watching movies... World War II movies, horror movies, we watched 'Full Metal Jacket' so many times, we could practically recite all of the dialogue." Araya and King mourned their late bandmate  and recalled some of their best days together.

But Hannemann’s band mates certainly were not the only ones to mourn the guitarist. In the past week, he has been the object of tributes throughout the music industry. Fellow guitarist Slash, of Guns N’ Roses fame, had this to say about his friend and colleague. "Tragic and shocking news about Jeff... Hanneman was the king of thrash metal guitar. The riffs and chord changes were genius. And that right hand blew my mind. Never heard anything quite like it."