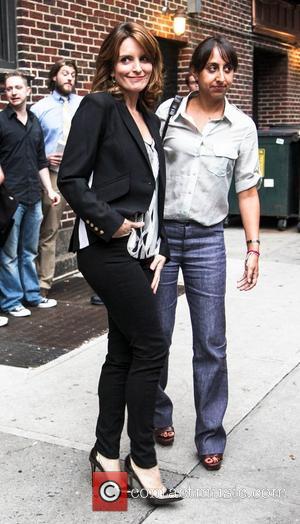 Tina Fey and Amy Poehler joked their way though a press conference about their hosting roles at Sunday’s Golden Globes ceremony.

They were big on jokes and low on facts but we guess that’s what you’d expect from comedy’s leading ladies. According to USA Today, the conference was more like a stand-up routine than your average promotional chat but it certainly makes for entertaining reading.

When they were asked how their background in improv will come in handy during the broadcast, Tina answered “If a drunk person wanders onstage, we'll know how to handle it” and when they were pitted against each other to see who was asked to do the job first, Poehler answered “One of us and the car from Transformers,” whilst Fey backed her up by saying “there was not a door large enough in the venue to get the car in there.” Their casual approach to their hosting gig continued when they were grilled about how much preparation they’d put into it, with Fey saying “we just a really long nap and now we’re, ‘Oh my God, it’s Sunday.’”

And on that familiar subject of ‘women in comedy’ and particularly, women hosting the Golden Globes, Fey was quick with the sarcasm, saying “thank God the reign of tyranny of two years of a male host is coming to an end.” They reckon the evening isn’t about them giving a big comedy performance but as we’ve learned from Ricky Gervais’ controversial hosting slots in the past, the host of the Golden Globes can make or break it. Good luck girls!