Net Worth: According to Celebrity Net Worth in 2013, Alex Clare had a net worth of 5 million USD.

Childhood: Alex Clare was born in Southwark, London, and spent his childhood listening to jazz, blues and soul music. As he grew older, h began to develop an interest in drum and bass, dubstep and garage music. As a child, he learned to play the trumpet and drums, although with a change in music taste, he decided to take up guitar and singing.

Career: After releasing a demo EP, Clare was signed on with the Island record label. This led to the release of his 2011 debut studio album, 'The Lateness of the Hour', which contained the singles 'Up All Night', 'Treading Water' and 'Too Close'. In 2012, Clare took part in Jeff Wayne's musical version of 'War of the Worlds' as the Voice of Humanity. In May 2014, Clare released the music video for the lead single off his second album, 'Three Hearts'. The track is entitled 'War Rages On'. 'Three Hearts' was originally due to be released in July 2014, but was pushed back to August.

Personal Life: In 2006, Clare dated the singer, Amy Winehouse, for less than a year. He is an orthodox Jew, and refuses to travel, work or perform on the Sabbath day. He also keeps kosher and takes his own pots and pans on tour with him to cook from.

By Ava Winters in Music Reviews on 23 September 2014

It's amazing what having a track from your relatively unknown debut album featuring on a tech-giant's advertising campaign can do for you, and nobody knows this better than Alex Clare. Don't get me wrong, 'The Lateness Of The Hour' is one of my favourite debuts of the last few years, and if having a track plucked from obscurity and then plastered all over the media helps garner the recognition it deserves, then all the better. However, in doing so it has proven somewhat of a double-edged sword for Clare, who, as a result, has had a far greater weight of expectation piled on his shoulders for the follow-up. Sadly for Clare and his fans alike, his new release, 'Three Hearts', somewhat buckles under this pressure. 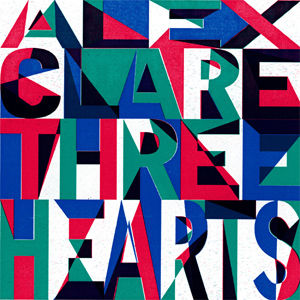 The tone for 'Lateness' was one of soulful pensiveness; there was an air of captivating melancholia and reflection without it teetering perilously over into clichéd self-pity. 'Three Hearts' takes a more upbeat tone, with the opening 'Never Let You Go' featuring a more lively instrumental and positive lyrics. There's even the inclusion of horns, and by the time we reach 'Heavy Hands', there is definitely more percussion than we are used to hearing and a couple of "doo-wops" even manage to sneak in at the end of the chorus. My ears can barely believe it. The first single from this record, 'War Rages On', gave fans a taster of what they could expect from the album prior to its release and, being somewhat more cheerily animated than previously, it makes a lot more sense in amongst many of the other tracks here.

But the old Clare is not all forgotten. 'The Story' adopts a slower tone, with a dramatic chorus that ebbs and flows, while 'Not In Vain' revives the feelings of heartache and despair that helped make his debut as soulful yet relatable as it was. It's in these tracks that Clare really shines. Kudos to him for trying new styles and doing his best to avoid the one-trick pony label, but the problem is that in doing so, ultimately it simply doesn't showcase him at his greatest.

By Holly Williams in Music Reviews on 24 July 2014

He became a chart sensation with his second single 'Too Close' from debut album 'The Lateness of the Hour', but Alex Clare seems to have toned the dance vibe down a bit since then and proves it by unveiling his new single 'War Rages On', ahead of the release of album two 'Three Hearts'. 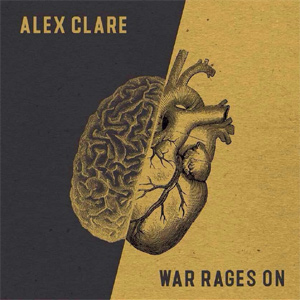 That dubstep vibe that made 'Too Close' such an addictive track has been completely omitted in favour of a more raw sound. 'War Rages On' maintains the carefully layered, polished composition, opening with clunky piano before those charismatic vocals kick in with immediate strength and the rapid pulse of a drum goes berzerk over the uplifting sonorous echoes.

The slow, springy synths in contrast with the frantic percussion presents an emotive chaos - even the line 'Please don't pass me by, can you hear me calling out your name' seems to get more desperate and imploring as the song goes on. The drums slow right down for a fraction during a break in the song as the vocals relax a little, but then an intense resonance leads as the beat crescendos into an electrifying noise explosion. 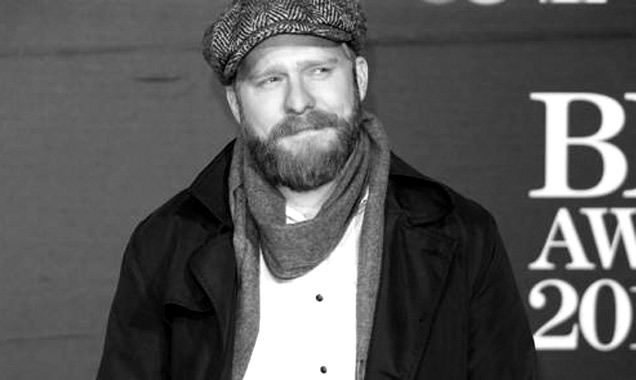 Leeds Festival has been a not-to-miss date in our calendar for years. Over the past few years the UK has seen many boutique and independent festivals pop up and more people appear to be getting their festival fixes from these smaller events, but they're never going to be able to provide what Leeds Festival does so well. Consistency! Sometimes it is a case of 'you get what you pay for' and Leeds is a perfect example of that. Sure, Leeds perhaps isn't for the more mature gig attendee, but it never has been. It's a weekend of fun and partying that sees thousands of music fans partake in the festivities.

Since its inception organiser Melvin Benn and the team at Festival Republic have known exactly who their audience is and catered for them, Leeds & Reading festivals now run as a well-oiled three day event that means everyone who's bought a ticket will have a great time. Even the toilets in the main arena are kept to a good level of cleanliness, far higher than most of our experiences at smaller festivals!

Set in one of the most ideal festival grounds in the UK, Bramham Park, the festival has a well laid out site plan and features plenty of bars and activities outside of the main arena to keep people occupied all through the day and night.

Alex Clare - Up All Night (live)

Alex Clare, The Lateness of the Hour Album Review

Alex Clare's debut album 'Lateness of the Hour', sees producers Diplo and Switch bring their dub-step and thundering basslines together with Clare's early affection for soul and blues to create an absolutely stunning record.