By Andrew Lockwood in Music Reviews on 18 May 2011

Football and music share some common themes. They bring people together in an almost tribal fashion, they both stir emotions, they help to confirm or highlight many stereotypical traits and they bring a vast amount of pleasure to each of their fans. Where they differ enormously, certainly now-a-days, is how they get to be as big as they are. Although unlikely, it is now a possibility that one day Manchester City FC could be a bigger club, winning more trophies and topping more leagues than their fellow North-Western giants Manchester United FC. You'd probably still get good odds as the chances remain slim but it is nevertheless theoretically possible. Money can't buy you love, but a lot of it can buy you a football team, and even more of it may just bring you glory. If you were to compare this rather vulgar scenario with that of Bell X1 you still wouldn't place a bet, even if their record company were Universal/Sony/Syco or whatever. Bell X1 are Ireland's second biggest Rock band (The name of the other lot escapes me temporarily!) and alas, despite valiant efforts to alter that statistic that's all they will ever be. It's an unfortunate shame, but you can still celebrate coming second............"it's not the winning, it's the... " .Here's why. 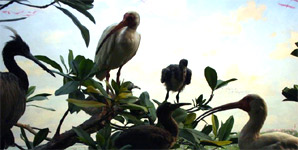 By Andy Peterson in Music Reviews on 05 March 2009

Review of Bell X1's album 'Blue Lights On The Runway' 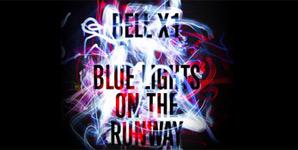